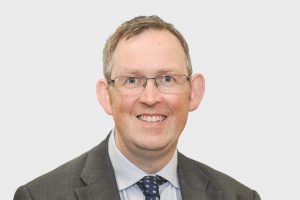 Below is the text of the speech made by Paul Maynard, the Parliamentary Under Secretary of State for Rail, at the North of England Transport Summit at the Royal Armouries on 30 November 2017.

I’m really pleased to have been asked to deliver the closing address at today’s conference.

And what a choice of venue.

I hope there is no deliberate symbolism in asking a Westminster politician to talk to a northern audience about investment in the north in a building devoted to medieval warfare, hunting and instruments of torture.

Before anyone gets any ideas, let me make absolutely that clear I am a northerner as well – both in terms of where I grew up and who I represent in parliament.

And very glad I am too that these days we decide which regions get what resources through sensible means, such as consultation exercises, elections and civil dialogue.

Even so, the truth is that anyone who follows the debate about transport investment in the north might have got the impression that, of late, things have become somewhat gladiatorial.

Well, my view is that that, in itself, is no bad thing.

In fact, one of the reasons that the government pushed hard for metro mayors, and for the creation of sub-national transport bodies like TfN, and why we’re making good progress on giving statutory status to TfN, is because we want regions across the UK to speak with a more powerful voice.

So if we’re hearing free and frank debate, including at conferences like this one, something’s going right.

But no one should mistake that debate for a divergence from our shared goals – that of building a transport-fuelled Northern Powerhouse.

Or still more serious a mistake – that the government is somehow washing its hands of transport in the north.

Because speaking as a northern MP who now has a seat in government, it’s incredibly exciting to have a hand in delivering the things I called for when I was a backbencher.

When I took up the rail brief 17 months ago, there was already good progress underway.

In 2014, 15 minutes had been knocked off the journey between Liverpool and Manchester by upgrading the track.

In 2015, electrification of the route between Liverpool and Wigan was completed, securing quicker, more reliable journeys.

In 2016, we awarded new Northern and TransPennine Express rail franchises, which will deliver new trains, 500 new carriages, over 2,000 extra services, and room for 40,000 more passengers per week.

These new franchises mean that, by 2020, rail travel in the north will have been transformed.

Also in 2016, we committed £60 million for TfN to develop plans for Northern Powerhouse Rail.

And this year, we opened the Ordsall Chord, connecting Manchester’s three main railway stations for the first time; all part of the Great North Rail Project, on which we are spending over a billion pounds to deliver better services across the north, with more seats and faster journeys.

And there are many more important rail projects underway right now.

The extra services between Blackburn and Manchester, Bishop Auckland and Darlington – starting next month.

Next year, upgrades between Manchester and Blackpool via Bolton and Preston will be complete.

Followed by a new fleet of Azuma Class 800 trains on the East Coast Main Line.

And we’re working with Network Rail and Rail North on options for upgrades between Manchester, Leeds and York to deliver more seats and faster journeys.

I could go on – but I think the point is clear.

That’s the to-do list of a government taking very seriously its responsibilities towards northern transport.

And I haven’t even mentioned the billions we are spending on northern roads.

Now, I hope these projects will be familiar to most people in the room.

Such as the Rail Strategy we announced yesterday.

And the new Nexus rolling stock announcement for Newcastle, Gateshead and Sunderland.

It’s a story that begins with privatisation, over 20 years ago.

On all the measures that matter most, privatisation has succeeded.

We have one of the most improved railways in Europe, and the safest.

Passenger numbers have more than doubled.

In the north, too, whether one is looking at journeys within the different regions of the north, or to and from the north and elsewhere in the country, passenger numbers are all significantly up over the last 20 years.

Today, for instance, TransPennine Express is one of the country’s fastest growing operators.

But just because something has worked, doesn’t mean it can’t be improved.

I understand why the railways were privatised in the way they were, with the trains and the tracks split into separate companies.

But the railway of the mid-1990s is very different from that of today.

And delivering the kind of improvements I’ve been talking about on a working railway is tough.

Doing so across different teams with complicated contracting arrangements is even tougher.

And when things go wrong, a lack of a joined up approach can make things much worse for passengers.

Solutions can take too long.

Communication with passengers is poor.

Train companies take the blame for the failings of Network Rail.

And Network Rail as an infrastructure company has not always been incentivised to focus on the best possible customer service.

So last year we announced that we would start bringing back together the operation of track and train on our railways.

And today I am very pleased to announce that, as part of our reforms, the first line on which track and train operations will be jointly run will be the East Coast Main Line, connecting London, Yorkshire, the north east and Scotland.

From 2020, we’re going to introduce a new generation of long-term partnerships between the public sector and a private partner.

Both track and train will be operated by a single management, under a single brand and overseen by a single leader.

It will mean a better railway, better able to meet today’s challenges.

Whether it’s planning essential repairs, putting in place improvements that can squeeze in an extra service to meet demand, or responding quickly to a problem on the network – the line should be much better run by one team of people working together.

Let me move on to talk about HS2.

It sets out how HS2 will improve northern productivity by raising regional growth, leading to a wider range of jobs and careers, which in turn will make it more attractive for graduates to stay in the north – among many other benefits.

But one thing that is very clear is that both central government and local public bodies of all kinds need to work together and plan ahead for HS2 if we are to maximise its benefits – whether to housing, education, local businesses or anything else.

It’s going to transform travel in our country and in the north.

And local areas need to get HS2-ready.

That’s some of what we’ve announced today and yesterday.

But there were also some big announcements for the north in the budget last week.

Foremost among which is our commitment to spend £337 million replacing the 40-year-old trains on the Tyne and Wear Metro.

Today it remains the second largest metro system in the country.

But its trains are showing their age.

So Tyne and Wear is going to have a new fleet, with the first deliveries coming in 2021 – creating a state of the art Metro once again.

The other big announcement in the budget was the government’s new Transforming Cities Fund.

And it’s an idea inspired by this city.

Leeds has long had ambitions to improve transport across the city – ambitions the government shares.

So when a proposed a trolleybus scheme didn’t get the approval it needed last year, we pledged to put £173 million into an alternative.

First Group and local leaders since raised an extra £100 million on top.

Now Leeds is getting:

The aim is to double bus patronage in Leeds within 10 years.

And what’s worked in Leeds can work elsewhere, so last week the Chancellor unveiled our new £1.7 billion Transforming Cities Fund.

Half to be shared by the 6 areas with elected metro mayors.

With other cities in England to bid for the remainder.

Liverpool City Region will get £134 million.

Just like in Leeds, we want the money to drive productivity and spread prosperity, by improving local transport links and making it easier for people to get around and access jobs.

And we want changes that benefit every citizen, especially those struggling at the margins.

It will be up to cities to tell us what improvements they want, but we want truly transformational changes.

So I hope those remarks are sufficient to suggest that the government hasn’t quite given up on the north just yet.

In fact, we’re only just getting going.

But suffice it to say, for now, that in coming months and years, we are going to be working with the north and for the north.

There’ll be plenty of debate and discussion on the way.

But during my time in the job, I’ll be focused on deeds.

That’s how we’ll all be judged in the future.

On what we, working together, do for the north.

Thank you for your time.