Below is the text of the statement made by Nick Gibb, the Minister for School Standards, in the House of Commons on 1 July 2020.

I can confirm that the Department for Education has today published on www.gov.uk the Government’s response to the consultation on reforms to the Early Years Foundation Stage (EYFS).​

The EYFS statutory framework sets the standards that all schools and early years providers must meet to ensure that children from birth to age five learn and develop well and are kept healthy and safe.

Last October, the Government published a consultation on reforms of the EYFS, following a year-long pilot of the proposed reforms. The objectives of our reforms are twofold. First, we want to raise education standards in the early years through improving early years outcomes for all children, particularly disadvantaged children. Secondly, we want to reduce teacher workload so that teachers can spend more time interacting with and supporting children through rich curriculum activities.

The consultation received 2,452 responses prior to the deadline on 31 January 2020. The areas consulted on and the Government’s response to this are as follows:

Revisions to the educational programmes and Early Learning Goals: the EYFS specifies seven areas of learning, under which sit 17 Early Learning Goals (ELGs) that summarise the knowledge, skills and understanding that all children should demonstrate by the end of the academic year in which the child reaches age five. The framework also sets out high level educational programmes for each area of learning, summarising curriculum activities for all children from birth to five years old. The consultation indicated broad agreement that the proposed educational programmes support children’s overall learning and development with some suggested changes which were considered as part of the final proposals. The consultation also indicated broad agreement with the Early Learning Goals with some suggested areas for clarification which have been reflected in the final proposals.

Changes to the teacher assessment and moderation process at the end of the EYFS: we consulted on the proposal to remove the statutory requirement for local authorities to externally moderate EYFS Profile (EYFSP) judgements in 25% of schools each year. Although there was mixed support for this, with the common view from respondents being in favour of retaining moderation, we know from the EYFSP pilot evaluation findings that in the absence of external moderation and associated evidence gathering and paperwork, teachers found that their workload had been reduced, allowing them to focus on teaching. Government will therefore proceed with the proposal to remove statutory local authority moderation.

Removing the “exceeding” criteria from the EYFSP: the consultation indicated broad support for this proposal and our response confirms our intention to proceed with this proposal.

Changes to the safeguarding and welfare requirements as set out in the EYFS framework: we consulted on one minor change, namely to explicitly include “oral health” in the current requirement to “promote the good health of children” in the EYFS framework. The consultation indicated strong support for this proposal and the response confirms the Government’s intention to proceed.

We recognise the impact the covid-19 outbreak has had on the early years sector and schools, particularly in terms of the impact on children’s learning and development as a result of closures.

The EYFS reforms outlined in this response provide a strong basis to support children who may have missed critical months of early education.

Therefore, we will proceed with offering schools the opportunity to adopt the final reforms from September 2020 (the early adopter year), followed by statutory national implementation as planned from September 2021.

A copy of the Government’s response will be placed in the Libraries of both Houses. 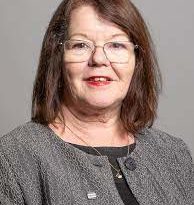 Kate Hollern – 2022 Speech on the Cost of Living Crisis 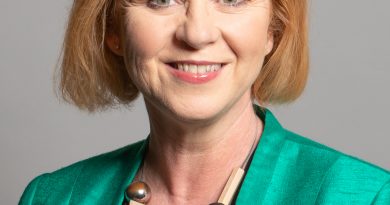