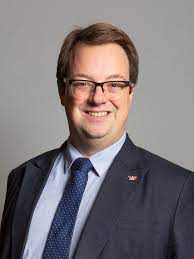 The speech made by Mike Wood, the Conservative MP for Dudley South, in the House of Commons on 18 July 2022.

Yes, this House can have confidence in Her Majesty’s Government, because faced with unprecedented challenges over the past three years, it has got far more of the important decisions right than wrong. Have there been mistakes? Of course. I am not aware of any Government, of any nation, even in the most benign times, who could claim to have made none. Of course, these have not been benign times. On the big questions facing the Government, our country is in a better position, with the Prime Minister having been in charge for the past three years, than it would have been in if the Leader of the Opposition had had his way.

On the decision to respect the referendum result, the Prime Minister broke the deadlock over Brexit that threatened to leave the country paralysed with indecision. There are still important issues to resolve, but it is clear that any of the five Conservative candidates to replace him will continue that work, and will secure Brexit, not reverse it. We know what the Leader of the Opposition wanted to do if he became Brexit Secretary in 2019: hold another referendum to overturn the first one. We know what he promised Labour party members in order to become its leader: free movement across the EU. However, he is now telling voters that he would not take us back into the EU internal market. People are bound to ask: who is he telling the truth to? This Government and this Prime Minister called it right.

Going into the global pandemic, the Government recognised that normal procurement and distribution systems would not get personal protective equipment to the people who needed it most urgently. The Leader of Opposition attacked the Prime Minister for putting in place too many checks, being too slow, and not awarding contracts quickly enough. Later, that criticism was reversed; suddenly there were insufficient checks and bureaucracy. Again, the Government called it right and struck the correct balance. They put in place the biggest job and business protection schemes in British peacetime history to make sure that our economy could build back once the need for lockdowns had passed: 9 million workers’ wages were paid; nearly 3 million self-employed workers were helped; and businesses right across our economy were supported. If the Leader of the Opposition had had his way, and the plans of the right hon. Member for Islington North (Jeremy Corbyn) had been put in place, bankrupting the nation, we simply would not have been able to borrow the money for that emergency help.

Back when a covid vaccine looked a distant prospect, the Prime Minister and the Government backed a range of potential vaccines, as well as Kate Bingham’s superb taskforce, which the Opposition decried as waste and cronyism. The Opposition were wrong; the Prime Minister was right; and Britain got more vaccines more quickly than any other European country.

I really do not have time.

It was the Prime Minister’s personal intervention—he sent back early drafts of the roll-out strategy—that brought together the NHS, the armed forces and the private sector to get vaccines out quicker than other large countries did.

We can be proud that when Russian troops invaded one of our European partners, our Prime Minister did so much to lead international support for Ukraine. It is simply not credible to imagine that Britain would have stood as firmly against Russian aggression if it had been led by a man whose response to an assassination attempt on the streets of Salisbury was to demand that evidence be sent to Moscow.

Was it the right response to that poisoning to fix a meeting with a former intelligence agent of the KGB—a meeting without officials, minutes, or any report to this House of what the hell happened?

I will tell the right hon. Gentleman what the right response was: it was to co-ordinate the biggest diplomatic response since the end of the cold war. The Prime Minister, then Foreign Secretary, got more diplomatic responses than have been seen in decades. The Prime Minister has many achievements of which he should be proud. His successor will have a strong foundation to build on, thanks to the decisions that he has taken over the past three years.

I really should not.

It is for that reason, and many others, that the House should continue to have confidence in Her Majesty’s Government.