Below is the text of the speech made by Michael Fallon in the House of Commons on 13th March 2008.

What a disappointing Budget. I thought that the new Chancellor would emerge from the shadows as his own man through the Budget, but we ended up with a Chancellor who dithered over Northern Rock and capital gains tax and cannot even decide whether the plastic bags levy should be voluntary or compulsory.

Let me begin with the public finances and our problems. Five years ago, in the Budget of March 2003, we were promised that we would be in surplus by March 2006. Each subsequent Budget and pre-Budget report postponed that. Yesterday, we were told that we would not be in surplus until 2010-11, exactly five years later than originally planned.

Let me put it another way. In the financial year that we are completing, we were supposed to have a surplus of £9 billion. Instead, we have a deficit of £7.9 billion. That is a turnaround of £17 billion—half the defence budget—because the Government failed to keep to their original plans.

Alternatively, let us look at net borrowing. Five years ago, we were told that net borrowing in the year that we are about to start would be £24 billion; yesterday, it was admitted that it would be £43 billion, almost twice as much. Worse still, for the first time that I can see in 11 consecutive Budgets and pre-Budget reports, the borrowing figures will be higher in the next two years than they were in the last two. The figures will increase to £43 billion and £38 billion, both of which are higher than the figure for borrowing in the year just ended. Not until 2012-13 will we get back to the borrowing level of £23 billion that we last saw as an outturn in 2002-03—a decade of binge borrowing.

Finally, there is overall public sector net debt. That will rise, according to the Red Book figures, to £731 billion in 2012-13, which is almost double what it was 10 years earlier. This comes at a time when we are already paying almost as much in debt interest, at £31 billion, as we are on the entire defence budget, at £33 billion, as we can see in chart 1.1 of the Red Book. Indeed, debt interest is now our fourth biggest spending programme. We on the Conservative Benches do not need to take any more lessons about unfunded tax promises, because that scale of collapse in the public finances is simply unfunded Government spending.

To put it another way, the Treasury got the growth that it expected from the economy last year, so why does public sector borrowing need to jump from £36 billion to £43 billion? Why do we need to force the motorist, the drinker and the small business to pay more taxes? Growth was around 3 per cent., as forecast and above its historic trend, but we are spending 45 per cent. of our national income while tax receipts account for only 41 per cent. Why? Because the then Chancellor failed to prepare during the stronger years. The Government failed to control spending or pay down debt. That is not just sloppy forecasting; rather it shows clearly and conclusively that the Government, and especially the former Chancellor, cannot plan their public finances properly. Therefore, we cannot trust the current Chancellor when he tells us that everything else will be okay. That is the failure in our public finances.

Secondly, I want to address the question of who really pays for that failure. It is not the public sector, which now faces relatively smaller increases in its growth. There will of course be fewer additional police community support officers and fewer additional NHS physiotherapists. However, we know that public sector pensions are still protected and that some pay restraint in the public sector is already being breached by the more and more widespread use of bonuses. For instance, one third of HM Revenue and Customs staff received bonuses last year.

It is not the public sector that will pay. The real losers from the collapse in our public finances are the people at the bottom. The first group are the lowest- paid of all. An unmarried person without children who earns only £11,500 year, on the minimum wage or just above it, pays tax and national insurance at 16 per cent. of their earnings. Someone in Ireland in exactly the same position would have to earn almost twice that amount—more than £22,000 a year—before they paid tax at 15 per cent. Why should single people starting their working lives be hit the hardest? Why should they be discriminated against by the myriad rules against part-time working, which make it less worth while to work between four and 16 hours a week, for example, because of the interaction of income support, working tax credit and child tax credit? The tax credit system is fine in itself, as we on the Conservative Benches have accepted. However, because it goes so far up the income scale, it simply does not give enough help to those who need it at the very bottom.

The second category having to pay for all the mistakes is our pensioners, particularly those on fixed incomes and those facing year-on-year real increases in council tax of around 4 or 5 per cent. Let me give an example from Sevenoaks district council, which is one of the southern district councils that has been worst treated by this Government. My constituent, Ms Earnshaw-Whittles, keeps a careful record, going all the way back, of the exact amount that she pays. In 1998-99, the first year for which the Government made the allocation, she paid £90 a month in a band G house. Had that amount been increased with inflation, she would now be paying £115.63. In fact, she has to pay £171, which is 48 per cent. higher. We are talking about people on fixed incomes paying half as much again in council tax they would as if the figures had been indexed. They are the people paying for the Government’s mistakes.

We know, too, that every council has had to plug the gap in its pension funds caused by the then Chancellor’s disastrous raid on pensions in 1997. Every local authority has had to cope with all the extra legislation passed through the House and the multitude of directives issued by Whitehall, but on a reduced grant.

Finally, small businesses are paying the price for the failure to control our public finances. Not only are they over-regulated, as Conservative Members have pointed out time and again, but they are constantly forced to act as the Government’s agents, by operating the tax credit system, checking on immigrant status and sorting out graduate loan repayments. As thanks for that, this year of all years, corporation tax will be increased by 2 per cent. We have been asking why since the last Budget, but we have not received an explanation. Rather than putting the burden of their mistakes on to those who simply cannot pay, the Government should look much harder at putting their own house in order.

I want to conclude with some remarks about the waste and inefficiency in central Government. There was not much in the Chancellor’s speech yesterday about the efficiency savings programme. We have had the Gershon savings and it is claimed that the £30 billion is on course to be realised. However, we know from the work of the National Audit Office and the Public Accounts Committee what a small proportion of those savings have been fully realised, fully audited and cashable. I understand that the NAO has endorsed only about a quarter of the current savings as real, in terms that the private sector would understand.

Secondly, there is the period after the Gershon review, post 2010-11. We were told yesterday that we would have to wait until the 2009 Budget before we saw the details of those savings, although yesterday we were promised something called the “public value programme”. It is not immediately clear to me how the public value programme differs from the current value-for-money delivery agreements. We have learned from bitter experience that changing the labels does not mean that we will get real cost-cutting in the administration of government, better ways of working, a reduced rate of absenteeism and an improvement in the efficiency of the back office systems. Those are all things that the private sector has had to cope with and implement over the past 10 years, but which still seem so difficult in the public sector.

Then there is pay, of course. I welcome the suggestion in the Red Book that Whitehall wants an increasing number of multi-year agreements, but I have warned before, including earlier in my speech, about the ever-widening use of bonuses to circumvent pay ceilings instead of adopting the performance-related pay measures that are now common in the private sector.

There are also asset sales. The Government have another £12 billion to go before they realise their 2010-11 target, and only two years left to get on with it. It seems to be taking them an awful lot of time even to sell the things that they have said for years that they wished to sell, such as the Tote. They have been playing around with that for years. A couple of weeks ago, the Department for Culture, Media and Sport announced that it intended to appoint financial advisers. If the Government are to realise their intended gains from asset sales, they must get on with it.

As I said on Monday, this country is in a financial crisis. We see that in the lack of confidence in commercial banking, the deep-rooted problems in the bond markets and the serious downturn in the United States. I suspect that we are nowhere near the end of that crisis. Just because this business cycle has run twice as long as previous cycles, that does not excuse the Government for not having prepared properly for its end. That is what Governments are for. Instead, just as our constituents face rising food and fuel prices, we find the Government being caught out. They have unfunded spending commitments, which are being met each year only through higher taxes and increased borrowing. They failed to prepare and have now been found out. Next year, they must prepare to fail. 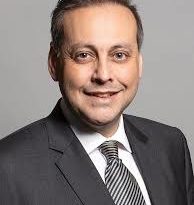 Winston Churchill – 1901 Maiden Speech in the House of Commons