Below is the text of the maiden speech made by Michael Ancram, the then Conservative MP for Berwick and East Lothian, in the House of Commons on 14 March 1974.

I am grateful to you, Mr. Speaker, for allowing me to make my maiden speech at such an early stage in this Parliament. It is with a great respect and awe for the traditions and history of this House that I do so. I am grateful, also, for the opportunity to pay tribute to my predecessor, Mr. John P. Mackintosh. He is a man of great ability, with a great knowledge of the democratic institutions of this country. He will long be remembered in the constituency which I now represent for the hard, diligent and conscientious way in which he attended to his constituents for the eight years that he represented them. He is also well-remembered and well-liked by hon. Members. I hope that they will all join me in wishing him well in the future.

I have the honour to represent a constituency which could well be described as a microcosm of the country. It contains 56,000 electors and comprises a majority of the facets of Scottish life. Although it has no coal mines, it contains several mining communities, which reflect well the problems and aspirations of the coal mining industry. It has a thriving fishing industry, but one very conscious of and sensitive to rising costs, especially the rising costs of fuel. As a vital part of our food industry it rightly looks to the Government for assistance.

Berwickshire and East Lothian has also a growing tourist industry with a great potential for increasing the prosperity of the area, consisting as it does of some of the most beautiful countryside and coastline in the Scottish Lowlands and the borders. I sincerely hope that the commercial value of the environment in my constituency will be kept firmly in mind by the Secretary of State for Scotland when he has to decide upon detailed planning applications for the construction of nuclear power stations within the constituency.

Over the past few years Berwickshire and East Lothian has developed industrially, mainly in terms of light and specialised industries, which have been successful in reversing the previous trends of depopulation and unemployment. There has been created over the past few years—I say this without complacency—the basis for a stable local economy but, at a time of economic difficulty as there is at present, such industries are the most vulnerable, and I hope that the Government will make strenuous efforts to cushion them from any stringent policies that they may adopt.

The constituency is also a rural and agricultural one, and it is on that subject that, with the House’s indulgence, I shall speak. Before I do so there is one matter on which I hope to receive an assurance from the Minister. On Tuesday the Prime Minister while speaking on the Government’s plans for oil referred to assisting passenger transport services within rural areas through adjusted selling prices for petrol and diesel oils. Be that as it may, having recognised the particular needs for such areas and the disadvantages under which they exist in terms of transport, would it be possible for the Government immediately to give financial support towards improving the public transport system in such areas, at least to meet the present needs?

I come now to the question of agriculture. It appears that hon. Members on both sides of the House are concerned about the position of low-wage groups, among whom farm workers must be a comparative example. Their position needs to be improved, and I had hoped—and still hope—that they might be assisted by the relativities machinery of the Pay Board. But farm workers work in a fractionalised industry, where each man ultimately depends on the viability of the farm on which he works. Their relatively low position is now threatening a shortage of such labour, which in turn could severely threaten home food production unless the relative position of farm workers is recognised immediately. Of one thing we can be certain: the betterment of a farm worker’s income ultimately depends on the economic viability of the farm on which he works, and many sectors of the farming industry, certainly in Scotland, are facing severe economic difficulties.

We have heard in the debate that horticulturists, and especially those in the glasshouse sector of the industry, are threatened and are already suffering from unpredictable rises in the price of fuel. I was grateful to hear from the Minister that the Government intend to take speedy action on this matter, and I hope that action will indeed be speedy, for the situation is urgent.

Pig producers, too, are facing an impossible position. During the election campaign the previous Government announced that they had placed the problem of pig farmers under urgent review. I urge the new Government to complete this review with all possible speed before this sector of the industry severely cuts back on production. Pig farmers simply cannot go on producing at a loss. In my area that loss is recognised to be about £5 per pig. No producer can carry on in this way. If pig producers are driven to cut production that must inevitably increase our national import bill.

Urgent measures are also needed to assist beef producers. They are getting between £2 and £3 per cwt. less than the suggested price last year. Apart from any question of end price support, there are more immediate ways in which help can be given to mitigate some of the producers’ costs.

Despite any difficulties arising from our membership of the EEC, I hope that the Government will review the position of subsidies on fertilisers and lime, as suggested by the hon. Member for Cardigan (Mr. Howells). Retention of these subsidies—in particular, the subsidy on lime—would be of general assistance to most of the farmers in Scotland. It would help them to restrict their costs to a level at which they could hope to see a reasonable return on their farming operations.

I also urge the Government to consider the possibility of making cheap money available to farmers for expansion projects. It appears to be generally agreed by hon. Members that expansion in the agricultural industry is necessary and, indeed, that is made clear in the Gracious Speech. But that can be achieved only by providing incentives to farmers to expand their production. Although it involves an apparently debased word, that can be done only by encouraging farmers’ profits. I hope that the Government, in the national interest, will now determine to ensure the profitability and the security of the agriculture industry as a whole. 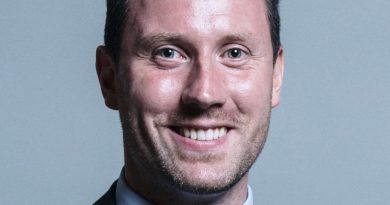