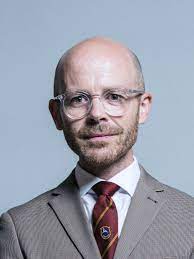 The speech made by Martin Docherty-Hughes, the SNP MP for West Dunbartonshire, in the House of Commons on 18 May 2022.

There is something liberating about coming in at nearly the end of the debate, Mr Deputy Speaker. Knowing that you do not have much time to get your points across, you tend to get right to it, so I will.

I want to talk about not only economic growth, which we all understand the importance of, but the sustainability of that growth and the type of economy that it seeks to create, which is similar to what the hon. Member for Norwich South (Clive Lewis) was talking about earlier in the debate.

The cost of living is the order of the day, as it should be, but for all the talk of economic shocks and external factors that we cannot avoid, many of the largest price rises have come in areas where the Government on these islands have decided they no longer have a role to play, abdicating their national responsibility. I think in particular of energy storage and transportation—I say that as my attention has been to the news that Russia has decided to stop energy exports to Finland the day after it announced its intention to join NATO. That decision was met with a shrug by the Finns, who had been planning for such an eventuality and have avoided the Russian energy trap that so many other European states have sleepwalked into. Resilience is built into Finnish society, and its economy plays as much of a role in the defence of the homeland as its military. That is key to avoiding the temptation to fall back on the easy gains of what some call balance-sheet capitalism.

If the House will indulge me, I will quote a paragraph from the introduction to Brett Christophers’ excellent overview of the modern UK economy, “Rentier Capitalism”, which nicely encapsulates the quandary that this place will find itself in when trying to legislate for inclusive and sustained growth:

“A form of capitalism geared principally to doing pays heed to the balance sheet only to the extent that assets facilitate and liabilities mitigate profitable making or providing, or whatever else a business does. For a form of capitalism structured by contrast around ‘having’—rentier capitalism, in other words: a mode of economic organisation in which success is based principally on what you control, not what you do—the balance sheet is the be-all and end-all.”

In this political state, as successive Governments—blue and red—have sought to keep the City of London onside, unthinking deregulation has been the order of the day, and a rentier capitalist system has been created. That may have kept stakeholders happy, but as we stare down the barrel of massive utility price rises, I am not sure that our constituents, including mine in West Dunbartonshire, always have been. A Government who own and maintain the fundamental pieces of infrastructure that allow entrepreneurs to proliferate and thrive is one who can keep an eye on the horizon and ensure that our fundamental national interests are upheld, and the temptation to put shareholder interests ahead of citizen interests is avoided.

My contribution to this area is a paper published with Stuart Evers by the Progressive Policy Research Group last year regarding the ownership and regulation of telecoms infrastructure. As we get our head around the challenges that have been mentioned and the opportunities presented to us by the new digital economy, it is imperative that the keystone industries of the economy are kept principally in public hands, not only because extracting private rents from them is unfair but because that allows us to get back to focusing on an economy that actually does things. It will surprise no one in the House if I say that I cannot see a way in which this political state can extract itself from under the dead hand of the UK’s rentier economy, so I draw the conclusion that so many of my fellow Scots increasingly do: it is only through independence that Scotland can create an economy that is fairer for all of us, in which growth is sustainable and whose foundations are resilient enough to face the economic headwinds we are heading into. I only hope that the Government will allow us to make that decision for ourselves.

Joanna Cherry – 2021 Speech on Data Loss at the Home Office