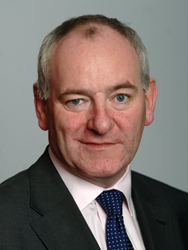 Below is the text of the speech made by Mark Durkan, the then SDLP MP for Foyle, in the House of Commons on 15 June 2010.

May I thank the Prime Minister for his clear statement? From talking to representatives of the families a short while ago, I know that they would want to be associated with those thanks.

This is a day of huge moment and deep emotion in Derry. The people of my city did not just live through Bloody Sunday; they have lived with it since. Does the Prime Minister agree that this is a day to receive and reflect on the clear verdicts of Saville, and not to pass party verdicts on Saville?

The key verdicts are:

A further verdict is:

“none of the casualties…was posing any threat of causing death or serious injury.”

Of course, there is also the verdict that

“the British Army fired the first shots, these were not justified and none of the subsequent shots that killed or wounded”

anyone on Bloody Sunday “was justified.” In rejecting so much of the soldiers’ submissions and false accounts, the report highlights where victims were shot in the back or while crawling on the ground, or shot again when already wounded on the ground.

Will the Prime Minister confirm that each and every one of the victims—Bernard McGuigan, 41; Gerald Donaghey, 17; Hugh Gilmour, 17; John Duddy, 17; Gerard McKinney, 34; James Wray, 22; John Young, 17; Kevin McElhinney, 17; Michael Kelly, 17; Michael McDaid, 20; Patrick Doherty, 31; William McKinney, 27; William Nash, 19; and John Johnston, 59—are all absolutely and totally exonerated by today’s report, as are all the wounded? These men were cut down when they marched for justice on their own streets. On that civil rights march, they were protesting against internment without trial, but not only were their lives taken, but their innocent memory was then interned without truth by the travesty of the Widgery tribunal. Will the Prime Minister confirm clearly that the Widgery findings are now repudiated and binned, and that they should not be relied on by anyone as giving any verdict on that day?

Sadly, only one parent of the victims has survived to see this day and hear the Prime Minister’s open and full apology on the back of this important report. Lawrence McElhinney epitomises the dignity and determination of all the families who have struggled and strived to exonerate their loved ones and have the truth proclaimed.

Seamus Heaney reflected the numbing shock of Bloody Sunday and its spur to the quest for justice for not only families but a city when he wrote:

“My heart besieged by anger, my mind a gap of danger,

I walked among their old haunts, the home ground where they bled;

And in the dirt lay justice, like an acorn in the winter

Till its oak would sprout in Derry where the thirteen men lay dead.”

“Their epitaph is in the continuing struggle for democracy”.

If today, as I sincerely hope it does, offers a healing of history in Derry and Ireland, may we pray that it also ​speaks hope to those in other parts of the world who are burdened by injustice, conflict and the transgressions of unaccountable power?

The Prime Minister’s welcome statement and the statement that will be made by the families on the steps of the Guildhall will be the most significant records of this day on the back of the report that has been published. However, perhaps the most important and poignant words from today will not be heard here or on the airwaves. Relatives will stand at the graves of victims and their parents to tell of a travesty finally arrested, of innocence vindicated and of promises kept, and as they do so, they can invoke the civil rights anthem when they say, “We have overcome. We have overcome this day.” 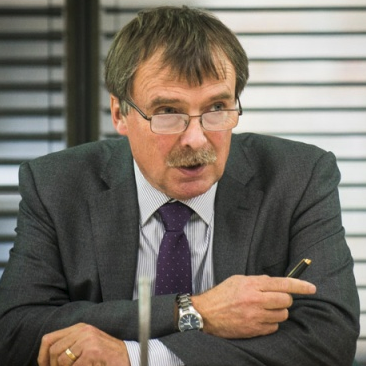