The speech made by Margaret Hodge, the Labour MP for Barking, in the House of Commons on 1 February 2021.

It is a pleasure to follow the hon. Member for Harrow East (Bob Blackman).

In June 2019, Samuel Garside House, a block of flats in Barking, was consumed in a wild inferno, going up in flames in seven minutes. It is a miracle that because the fire occurred in daylight, nobody died, but many residents, mainly leaseholders, lost all their possessions. In Barking, leaseholders are families who a generation ago would have been housed by the council, but with the shocking lack of affordable social housing, their only option is to stretch their finances to the absolute limit by buying a lease. They live on the edge from one pay cheque to the next, and they cannot even afford household contents insurance. They, and thousands of others in my constituency, certainly cannot afford to pay for putting right the mistakes of others. They are locked into an absolute nightmare in unsafe homes, unable to sell, unable to remortgage, and facing mounting bills to fix a crisis they did not create. The Government’s response today had little basis in reality. They have, in truth, shunted this into the “too difficult to tackle” box and abandoned leaseholders,

In three minutes I have three issues. First, the Government must act to protect all multi-occupancy buildings. Fire does not discriminate between one height and another. Samuel Garside was below 18 metres but it was a lethal fire trap. Arbitrary height thresholds do not work. All leaseholders must be covered and existing buildings must also be remediated.

Secondly, I have spent months of research trying to identify the owners of blocks in Barking. Ownership is often hidden. The properties are sometimes held through companies located in tax havens. Freeholders who make easy money by charging a ground rent are getting away scot-free. Freeholders must contribute towards the massive remediation costs, alongside developers, contractors, suppliers and regulators.

Thirdly, the Government must solve the spiralling cost of building insurance. Some are struggling to find any insurance cover at all. Residents of one block are facing a 900% hike in their building insurance. The Association of British Insurers told me that the Government are simply not engaging in a realistic dialogue to produce a scheme where risks are shared between the taxpayer and insurance companies. They have done so on covid issues but they have singularly failed where people are living in danger in their own homes.

I have not forgotten my constituents, but the Government have failed them. Those living in the Ropeworks, Academy Central, Spring Place, Samuel Garside, Central House, Benedicts Wharf, Rivermill Lofts, 360 Barking and Spectrum Building are all being left behind, abandoned by the Government. 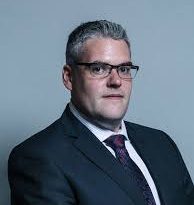 Chris Skidmore – 2019 Speech at the Arts and Humanities Research Council