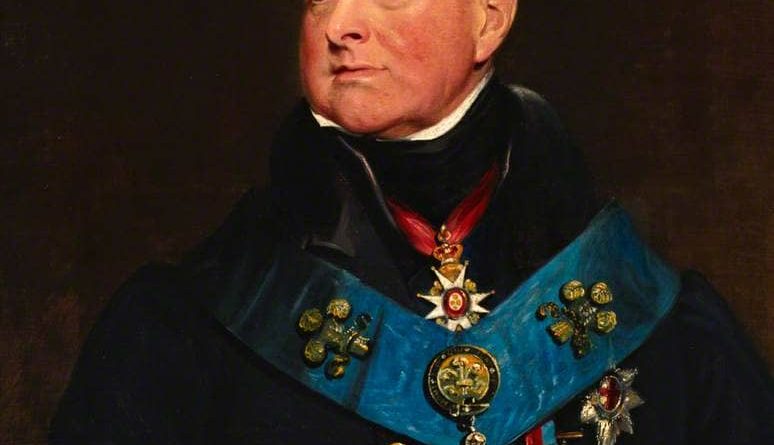 The speech made by King William IV in the House of Lords on 4 February 1836.

It is with great satisfaction that I again meet the great Council of the Nation assembled in Parliament. I am ever anxious to avail myself of your advice and assistance, and I rejoice that the present state of public affairs, both at home and abroad, is such as to permit you to proceed without delay or interruption to the calm examination of those measures which will be submitted to your consideration.

I continue to receive from my Allies, and generally from all Foreign Powers, assurances of their unaltered desire to cultivate with me those friendly relations which it is equally my wish to maintain with them; and the intimate union which happily subsists between this country and France is a pledge to Europe for the continuance of the general peace.

Desirous on all occasions to use my friendly endeavours to remove causes of disagreement between other Powers, I have offered my mediation in order to compose the difference which has arisen between France and the United States. This offer has been accepted by the King of the French; the answer of the President of the United States has not yet been received; but I entertain a confident hope that a misunderstanding between two nations so enlightened and high-minded, will be settled in a manner satisfactory to the feelings and consistent with the honour of both.

I have still to lament the continuance of the civil contest in the northern provinces of Spain. The measures which I have taken, and the engagement into which I have entered, sufficiently prove my deep anxiety for its termination; and the prudent and vigorous conduct of the present Government of Spain, inspires me with the hope that the authority of the Queen will soon be established in every part of her dominions; and that the Spanish nation, so long connected by friendship with Great Britain, will again enjoy the blessings of internal tranquillity and union.

I have given directions that there be laid before you the Treaty, which I have concluded with the Queen of Spain, for the Suppression of the Slave Trade.

I have directed the Estimates of the year to be prepared and laid before you without delay. They have been framed with the strictest regard to well-considered economy.

The necessity of maintaining the maritime strength of the country, and of giving adequate protection to the extended commerce of my subjects, has occasioned some increase in the estimates for the naval branch of the public service.

The state of the Commerce and Manufactures; of the United Kingdom is highly satisfactory. I lament that any class of my subjects should still suffer distress; and the difficulties which continue to be felt in important branches of Agriculture may deserve your inquiry, with the view of ascertaining whether there are any measures which Parliament can advantageously adopt for the alleviation of this pressure.

I have not yet received the further report of the Commission appointed to consider the state of the several Dioceses of England and Wales. But I have reason to believe that their recommendations upon most of the important subjects submitted to them, are nearly prepared. They shall be laid before you without delay, and you will direct your early attention to the Ecclesiastical Establishment, with the intention of rendering it more efficient for the holy purposes for which it has been instituted.

Another subject which will naturally occupy you is the state of the Tithe in England and Wales, and a measure will be submitted to you, having for its end the rendering this mode of providing for the Clergy more fixed and certain, and calculated to relieve it from that fluctuation, and from those objections to which it has hitherto been subject.

The principles of toleration by which I have been invariably guided must render me desirous of removing any cause of offence or trouble to the consciences of any portion of my subjects, and I am, therefore, anxious that you should consider whether measures may not be framed which, whilst they remedy any grievances which affect those who dissent from the doctrine or discipline of the Established Church, will also be of general advantage to the whole body of the community.

The speedy and satisfactory administration of justice is the first and most sacred duty of a Sovereign, and I earnestly recommend you to consider whether better provisions may not be made for this great purpose in some of the departments of the Law, and more particularly in the Court of Chancery.

I trust that you will be able to effect a just settlement of the question of Tithe in Ireland upon such principles as will tend at length to establish harmony and peace in that country.

You are already in possession of the Report of the Commission appointed to inquire into the state of the Municipal Corporations in Ireland, and I entertain the hope that it will be in your power to apply to any defects and evils which may have been shown to exist in those institutions, a remedy founded upon the same principles as those of the Acts which have been already passed for England and Scotland.

A further Report of the Commission of Inquiry into the condition of the poorer classes of my subjects in Ireland will speedily be laid before you. You will approach this subject with the caution due to its importance and difficulty; and the experience of the salutary effect produced by the Act for the Amendment of the Laws relating to the Poor in England and Wales, may in many respects assist your deliberations.

I rely upon your prudence and wisdom, and upon your determination to maintain, as well as to amend the Jaws and institutions of the country; and I commit these questions of domestic policy, to which I have deemed it my duty to direct your attention, into your hands, persuaded that you will so treat them, as to increase the happiness and prosperity, by promoting the religion and morality of my people.