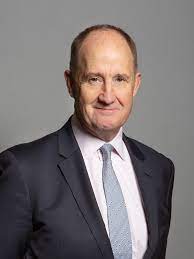 The speech made by Kevin Hollinrake, the Conservative MP for Thirsk and Malton, in the House of Commons on 19 July 2022.

That leave be given to bring in a Bill to make the offence of supplying or offering to supply a controlled drug aggravated when the person to whom the drug is supplied or offered is under 16; and for connected purposes.

As John F. Kennedy once said:

“Children are the world’s most valuable resource and its best hope for the future.”

Society recognises our special duty to protect children, and to ensure that those who bring them harm feel the full force of the law. The Supply of Drugs to Children Under 16 (Aggravated Offence) Bill, or Leah’s law, intends to change the law to make clear that no person under the age of 16 can consent to taking illegal substances, and to ask our judges to impose tougher sentences on those who supply drugs to our children. That will have the dual effect of keeping young people safe and acting as a deterrent to those who callously target children.

To outline why this change is long overdue, let me explain the tragic background to the Bill. In May 2019, 15-year-old Leah Heyes from Northallerton was sold MDMA by two friends. She took the substance in a car park and died shortly after, tearing the life of her family and community apart. The unimaginable was exacerbated by the fact that the young adults who sold Leah the drugs received custodial sentences of 21 and 12 months respectively. The two ended up serving a paltry six months each.

At 15, Leah was, in the eyes of the law, just a child when her life was cruelly cut short. Quite rightly, society and the law offer greater protections and special consideration to children. As we know, it is illegal to sell alcohol or cigarettes to, or to have sex with, somebody under the age of 16, and somebody under that age cannot consent to sex. Even beauty salons that allowed under-18s to use sunbeds would be committing a specific offence against children. When it comes to the supply of drugs, one would think that we would offer our children greater protection against those who seek to exploit their innocence, but we do not.

It is an offence under section 4 of the Misuse of Drugs Act 1971 to supply a controlled drug to any person, but that blanket approach to sentencing does not protect those who need it most. There is clear disregard shown, and a callousness, in knowingly deciding to put a child’s life in danger, yet when it comes to dealing drugs, there is not a greater penalty applied for doing that. Although there are statutory aggravating factors—for example, when an offender uses a child to deliver drugs, or supplies drugs on or in the vicinity of school premises during or close to school hours—those do not apply when someone sells drugs to children such as Leah; it is a huge gap in the law.

Although the tragedy of drug-related death is not limited to children, adults are seen by law as having legitimate agency and the capability to make their own choices. In other areas, however, the law recognises that children do not have that capability. Given the added peer pressure in this age of social media, children are particularly impressionable and vulnerable targets. It cannot be right to class a child’s agency as being the same as an adult’s when it comes to something as damaging as drugs. We know that county lines drug gangs target young people, who in turn go on to supply drugs to their peers. Profits pile up for the dealers, and the cycle continues.

Although case law has established law that targeting vulnerable individuals or children in order to supply them with drugs could be examples of aggravating features, that approach is not mandated by a specific piece of legislation, and that is what Leah’s law would do. This would not be an unconventional approach to drugs sentencing. Certain states in Australia recognise the differentiation, and in Tasmania, New South Wales and South Australia, there are specific offences for the supply of drugs to under-16s.

Since Leah’s death, her mother, Kerry Roberts, has tirelessly championed the case for Leah’s law—that is why I am standing before the House now. Kerry is watching today, and I thank her for raising awareness of the issue. She does not want her daughter’s death to be in vain, and for that the whole House will have nothing but admiration. Although Kerry is not my constituent, drug-related crime among young people affects each and every one of us in Parliament, and I fully intend to help her campaign succeed. If we ensure that just one person thinks twice about selling drugs to an under-16-year-old, save just one child’s life, or create just one better start in life, it would make the Bill, and all Kerry’s crucial work, worth while.

I do appreciate that the Government are carrying out a great deal of work on restricting drug supply and working with charities and agencies, but the reality is that the global fight against drugs is a massive undertaking and this will take many, many years to solve. We must deter these perpetrators from preying on our children. We can start to tackle this issue on behalf of all the families whose lives have been devastated by drug crime. It speaks volumes that the Leah’s law petition garnered 10,276 signatures, but it is disappointing that the Government’s response thus far is that they are not going to act on this. I did, however, have a very constructive meeting with the Minister, so I hope that position will change soon.

It is simple; I am asking the Government to think again and support my Bill to make it a specific offence to supply drugs to those aged under 16, ensuring that this crime carries a harsher sentence. I will continue to work with Leah’s mother and with Ministers to make this campaign a reality.