Below is the text of the speech made by Justine Greening, the Secretary of State for International Development in New York on 17 November 2015.

Thank you Secretary General, Wided Bouchamoui and Ambassador Skoog for introducing this session. I’m very pleased to chair the UN Security Council again today, the first Development Minister to be doing so. That’s because development and security are intrinsically linked.

The United Kingdom extends its heartfelt condolences to those tragically caught up in terrorism. From Paris to Syria; from South Sudan to Yemen; from Beirut to Sharm el-Sheikh – we see more clearly than ever the pain, suffering and cost of conflict. The human cost. The Council heard yesterday about the bloodshed in Syria that has shattered so many lives.

But also the social and economic cost to the whole country – and to future generations. It is estimated that the Syrian conflict has turned the clock back on that country’s development by 30 years.

And it is conflict affected states that are the most off-track for achieving the Millennium Development Goals.

The reality is – if we’re to achieve the new Global Goals for ending poverty, and live up to our promise to leave no one behind, then preventing conflict and building peaceful societies is absolutely vital.

These past 15 years have shown us that trying to build development in any country without a solid foundation of peace and stability is like trying to build a house on the sand: it will simply be washed away when crisis hits.

So how can we make sure that solid foundation is in place? Stability is not only about addressing war and conflict – it’s about countries having strong economies, healthy and educated populations and, critically, it’s about the strength of their institutions. Our Prime Minister has called it a Golden Thread of development.

Stability means the rule of law and property rights, an independent judiciary. Because the poorest people on the world aren’t just going hungry – they lack justice, they want jobs, they want the right to own their own land and build their own businesses.

And if individuals don’t have a voice in society it doesn’t mean their grievances aren’t there, only that there is no fair forum for them to be heard and so grievances fester and build.

Stability means rights for girls and women. We know girls and women are those most vulnerable when crisis hits. And they must be an integral part of any peacebuilding and conflict solution. The ongoing high level review of Women, Peace and Security will be critical to this.

And women’s economic empowerment is essential to sustainable development. Recent research estimates that if women in every country had the chance to play the same role in economic markets to men, as much as twenty eight trillion dollars would be added to the global economy by 2025.

Stability means a society and institutions free of corruption. Corruption is bad for development, it’s bad for the poorest, and it’s bad for business. It corrodes the fabric of society and public institutions, acting as a perverse welfare system that transfers resources from the poor to the rich.

So it’s addressing these things that can build the backbone of a stable state, without them individuals can’t fulfil their potential, communities cannot thrive, businesses won’t invest – the whole country stagnates.

We know the UN Security Council has a vital role in peacekeeping decisions and swift humanitarian actions. A vital role in ensuring that International Humanitarian Law is adhered to when conflict erupts – and in helping to find political solutions.

But – as the Security General’s report on the United Nations and Conflict Prevention, and the UN peace operations and peacebuilding reviews set out – increasingly our international institutions need to take on a greater role in addressing the underlying causes of fragility and conflict.

This means prioritising conflict prevention as much as its resolution – by taking early action when faced with the signs of deteriorating situation.

It means moving from peacekeeping to peacebuilding.

By investing in basic services in fragile and conflict-affected states, by helping to build a stronger economy and jobs, by supporting strong and accountable institutions: the rule of law, respect for human rights, free and fair access to markets and the rights of girls and women, and tackling corruption. And achieving that progress through the UN, and the World Bank and IMF as well.

Investment in prosperity and stability overseas is critical if we don’t want global problems to end up on our own doorsteps. Lack of development and exclusion provides fertile ground for extremism, for terrorism, organised crime and conflict to thrive. It drives migration.

The UK has made a historic commitment to spending 0.7% of our national income on Development, with much of that spend already in fragile states and conflict-ridden countries. We’re supporting development and peacebuilding through the UN, and we are committing UK troops to UN operations in Somalia and South Sudan.

We believe this investment is the right thing to do – and right for our national interests too.

It’s about saving the next generation from the scourge of war, it’s about allowing every individual an opportunity to live the life they want, to build the future they want, free from violence and the threat of violence. And it’s about global prosperity and global peace and security, because conflict is costly in every sense.

If we act now and together – then we can build a better, more prosperous, more secure planet for us all. 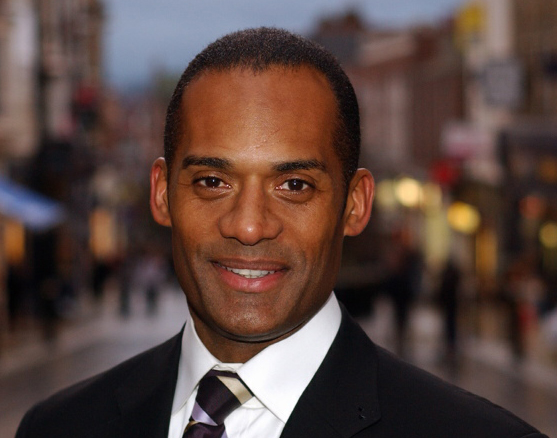