The speech made by John Howell, the Conservative MP for Henley, in the House of Commons on 28 January 2021.

Like the hon. Member for Hampstead and Kilburn (Tulip Siddiq), I am a trustee of the Holocaust Memorial Day Trust, which, as we have heard, is responsible for putting together Holocaust Memorial Day. I hope that Members logged on for last night’s ceremony and the national moment. If they did not, they are in a minority, because people logged on in their tens of thousands. I hope that, like me, they found it a very moving and emotional experience.

The horror of this genocide has been repeated subsequently. What brought it home to me was when I visited the concentration camp just outside the Polish town of Lublin, and saw an enormous number of plants and flowers growing. They grow so magnificently there because they are all growing on the ashes of human burials. Just think about that: all that beauty coming out of such a tragic and momentously horrific situation.

The hon. Member for Hampstead and Kilburn and I wrote an article for the Daily Mirror online yesterday, in which we said:

“Speaking as a Christian and a Muslim, respectively, we both know that marking Holocaust Memorial Day is more important than ever. Commemorating the millions of people who were murdered in the Holocaust, under Nazi persecution and in the genocides that followed in Cambodia, Rwanda, Bosnia and Darfur is vital for us to learn where persecution based on faith and identity can lead.”

“If we are all the light in the darkness, think of what a wonderful world we can achieve.”

Let us, in participating in this debate, aim to be that light in the darkness. 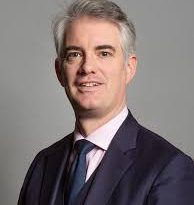