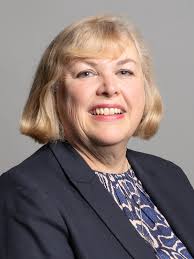 The statement made by Jane Hunt, the Parliamentary Under-Secretary of State for Business, Energy and Industrial Strategy, in the House of Commons on 11 July 2022.

That the draft Conduct of Employment Agencies and Employment Businesses (Amendment) Regulations 2022, which were laid before this House on 27 June, be approved.

With this we shall take the following motion:

The purpose of the first instrument is to lift the current ban on employers bringing in agency staff to help them cope with industrial action. The second instrument makes a long-overdue change to the maximum levels of damages the courts can award against trade unions that take unlawful industrial action.

I will start by examining why the Government are making these changes. Our trade union laws are designed to support an effective and collaborative approach to resolving industrial disputes. They rightly seek to balance the interests of trade unions and their members with those of employers and the wider public. While the Government continue to support the right to strike, it should always be the last resort. The rights of some workers to strike must be balanced against the rights of the wider public to get on with their daily lives. Strikes can, and do, cause significant disruption. That is particularly the case when they take place in important public services such as transport or education. It cannot be right that trade unions can, as we saw in the case of the recent rail strikes, seek to hold the country to ransom if their demands are not met.

What assessment has my hon. Friend made of the availability of spare teachers, nurses and train drivers to fill the gaps during a strike?

I thank my right hon. Friend for his question, which I will take up a little later on in my speech.

I am grateful to the Minister for giving way so early on. How does she justify overturning the Trade Union (Wales) Act 2017, which bans the use of agency workers in devolved services, and therefore the intention to overturn the consequences of Welsh democracy?

I thank the hon. Member for his question. I will talk about that a little later; it is a reserved right.

Some trade unions appear to be looking to create maximum disruption in a bid to stay relevant, rather than constructively seeking agreement with employers and avoiding conflict. In the light of this, the Government have reviewed the current industrial relations framework and have come to the conclusion that change is needed.

The first change we are making is to remove the outdated blanket ban on employment businesses supplying agency workers to clients when they would be used to cover official industrial action. Employers can, of course, already hire short-term staff directly to cover industrial action, but this change would give them the ability to work with specialist employment businesses to identify and bring in staff. The change in no way restricts the ability of workers to go on strike. It will, however, give employers another tool they can use when trying to maintain the level of service they offer to the public.

I am grateful to the Minister for giving way. Has she considered the 100,000 vacancies we currently have in the NHS that we cannot fill? The staff who work for agencies are also unionised and will not cross a picket line, so how will she fulfil this legislation?

I thank the hon. Lady for her question. It is, of course, their choice. It is also their choice to take up an agency position.

To help the hon. Member for York Central (Rachael Maskell) with her intervention, as a former teacher and a former trade union representative, I am more than happy to go back into any classroom to help out when the disastrous “not education union” is threatening to bring down schools.

I thank my hon. Friend for his intervention, and for his expertise and knowledge in the field.

This is a permissive change that will not force employment businesses to supply agency staff to employers to cover strikes. Agency workers will still be able to decline any assignments they are offered and the right to strike is unaffected. This change is simply about giving both employers and employees more freedom and flexibility to decide what works best for them—a freedom that the current outdated regulations deny them.

If you do not mind, Madam Deputy Speaker, I am going to make some progress.

I have also seen some reports that this changes will somehow put workers or the wider public at risk. This is not the case.

I will make some progress.

Employers will still have to comply with broader health and safety—

I understand that the hon. Gentleman will be speaking later.

Employment businesses will still need to be satisfied that the workers they supply are suitably qualified and trained.

Alongside that change, we will increase the levels of damages that a court can award in the case of unlawful strike action. It has long been the case that employers can bring a claim for damages against a trade union that has organised unlawful strike action. The upper limits to the damages that can be awarded are set out in the Trade Union and Labour Relations (Consolidation) Act 1992, and are based on the size of the union that organises the unlawful strike action, but the damages regime has not been reviewed since 1982, so the limits are significantly out of date. As a result, the deterrent effect that Parliament intended has been significantly reduced. The Secretary of State is using powers granted to him under section 22 of the 1992 Act to increase the existing caps in line with inflation. In practical terms, that means that the maximum award of damages that could be made against a union will increase from £10,000 to £40,000 for the smallest unions and from £250,000 to £1 million for the largest.

I thank the hon. Member for his question. I will, in fact, move on.

Strikes should only be as a last resort and should only ever be called as the result of a clear, positive and democratic decision of union members. The key point is that unions that continue to comply with our trade union law will be completely unaffected by this change. The changes we are making will ensure that our trade union and agency laws remain fit for purpose. We are giving businesses the freedom to manage their workforce and empowering workers by giving them more choices about the kind of assignments they can accept. We will continue to protect an individual’s right to strike where proper procedures are followed, while ensuring that trade unions are deterred from taking unlawful industrial action.

I beg to move that both instruments are considered by this House.