Below is the text of the speech made by Ivan Lawrence, the then Conservative MP for Burton, in the House of Commons on 13 February 1986.

The Roskill report is splendid, but I have strong reservations about it. Mainly this is because Roskill allocates too much of the blame for fraud to the current procedure for conducting fraud trials and so suggests remedies which are quite unnecessarily radical.

Since more people are convicted in fraud trials than for most other offences, it ought not to be the trial procedure that causes concern. What worries people is that City swindlers go abroad and cannot be extradited back to England, that dishonest City men are given immunity from prosecution if they give evidence before internal, self-regulating City institutions’ own tribunals and that some fraudsters never come to trial because the resources of police manpower, accountancy, expertise and investigative procedures are inadequate to bring them to justice.

Tackling the extradition law and strengthening powers of investigation, establishing a fraud investigation group, and making available more police, legal and accountancy resources for the pursuit of the fraudulent is where the emphasis should lie.

Roskill’s proposals for the improvement of investigation, preparation, presentation at court, training, and staffing resources are desirable and most welcome.

We must pause for deep thought over Roskill’s proposals to take fraud out of the criminal justice system as we know it—a system which is designed to secure the conviction of the guilty by fair means and the acquittal of the innocent. If we are panicked into doing anything which undermines our trust in the legal system as being just, we threaten one of the most important pillars of our society.

I am not sure how useful some of the Roskill recommendations will be. I do not feel strongly about paper committals, but the proposals go in the opposite direction to that which many of us had said should happen ​ —we should use committal proceedings far more to ensure that inadequate cases are thrown out before time and money are wasted further up the ladder.

Pre-trial reviews—the so-called tea parties—are a notorious waste of time and will only work if the legal aid fund becomes so generous that the trial barrister can be guaranteed to attend and the list office can ensure that the trial judge is present. Both are somewhat optimistic expectations.

In a fraud trial, someone is deceived by a false representation into doing something that is against his or her interests. That is often the central element of all sorts of other criminal offences—rape, treason, tax evasion, and bilking a fare or a restaurant bill. Fraud cases are not always the most complex. There are treason, drug and even murder cases where the competence of a jury of ordinary people can be taxed.

How long will it be before what Roskill proposes for fraud will be extended to other complex cases of deception? If the law does not so develop, why not?
Where will be the logic of requiring the disclosure of the defence in one case rather than another? Justice in a commentary upon Roskill puts it this way:

The law must apply evenly and it will not so apply if some of the Roskill proposals are implemented. It will become distorted.

I come to juries. The peremptory challenge may be irritating, although only in cases where there are a large number of defendants can it be used to tailor a jury. To abolish it, will cause all sorts of problems. We are already moving towards tailored juries with jury vetting and a kind of voire dire. If the safety valve of the peremptory challenge goes, there will be more and more challenges for cause in terrorist or gangland trials and the limitations of the challenge for cause will be exposed. There will be pressure for it to be extended. we shall be sliding down the slippery slope to the crazy United States system of jury selection before we know it. How then will the jury system have been improved?

There is another reason. Trials only progress with the co-operation of the accused. They believe the system to be fair because they can challenge a juryman without reason. Deprive a defendant of that right and he will feel frustrated and railroaded by a court which, so he may think, has rigged the jury against him. If the police are allowed to vet the jury, that will be an active fear. For the sake of five minutes delay in court time, some trials will become much more difficult to conduct.

We must think longer and more clearly about the abolition of trial by jury in complex fraud cases than about anything else. I share most of the views that have been expressed by colleagues on both sides of the House against abolition and I shall not repeat them.

However, I do recognise the attractiveness of the proposal for special tribunals for they will speed up proceedings. A jury may very well understand a fraud trial, but the point is that it will take many days to explain the balance sheet and all the procedures so that they do understand it. A special tribunal would be able to work overnight, understand the case and dispatch the trial with greater speed. Furthermore, innocent people might well ​ welcome specialist tribunals rather than a jury in a complex case. The standards of probity involved in City institutions might not be readily understood by the ordinary man in the street. Such defendants might prefer to have a special tribunal.

I would rather that juries stay as they are. If we do give way to pressure to have such tribunals may I suggest that the Government should set up a pilot scheme for such tribunals which should operate for two years. A defendant should have the option of such a tribunal. If it were shown to produce satisfactory results for innocent defendants, the objections to the abolition of the jury from those who are worried that it would produce a procedure weighted against the accused would be dispelled.

Finally, there is no point in catching fraudsters arid convicting them if there is no deterrent in the sentence they receive. Justice states:

“Sentences are far too lenient and the proceeds of crime are rarely recovered. Fraud, like other varieties of criminal conduct, will only diminish once those who perpetrate it realise that no profit is to be gained from it.”

The Roskill report was not empowered to consider the consequences of conviction. Should we not at the very least be strengthening the powers of the court so that they may confiscate the defendant’s property which could be reasonably attributable to the proceeds of fraud? That is what the Hodgson committee recommended and that is what the Government are currently implementing in its Drug Trafficking Offences Bill. We should do the same in fraud cases. 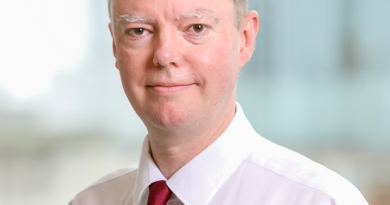