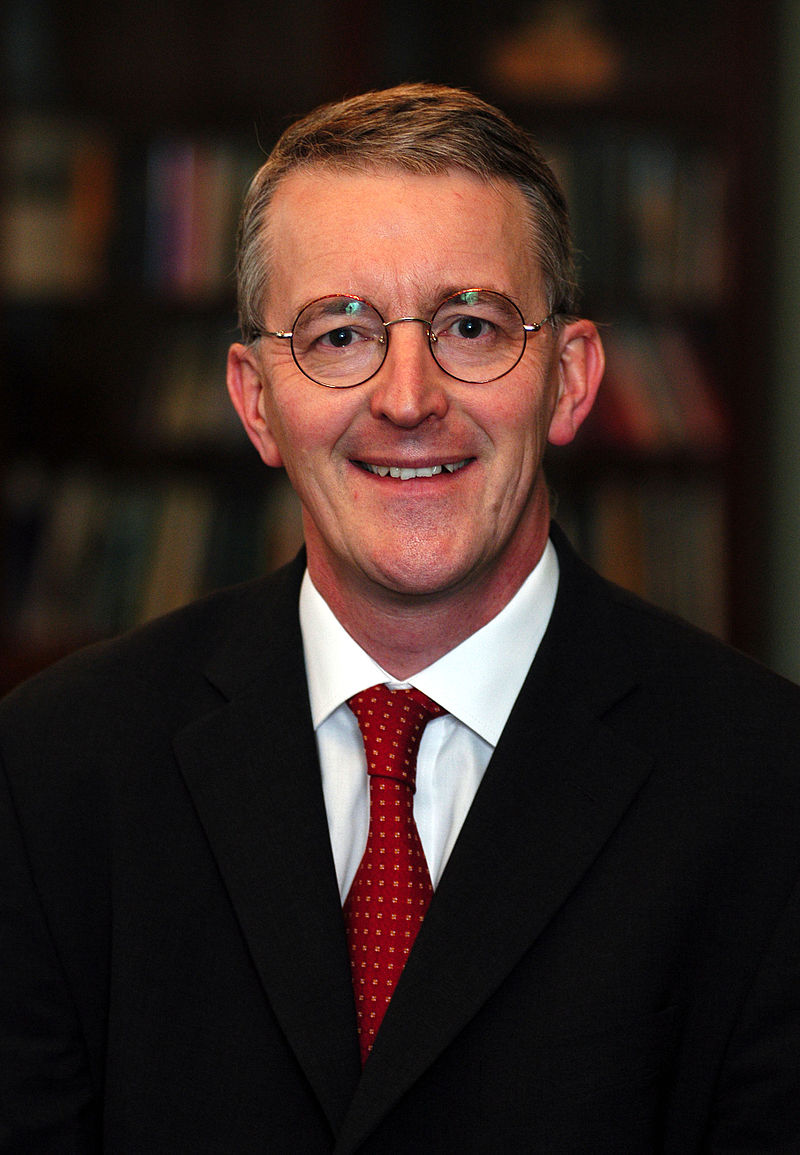 The speech made by Hilary Benn, the Labour MP for Leeds Central, in the House of Commons on 27 June 2022.

The Bill is proof, if ever it were needed, that Brexit is not done. It was always going to be difficult to reconcile leaving the EU with the challenge of an open border and so it has proved. Let us be absolutely frank from the start: our relationship with the European Union is now in a very bad place. Perhaps that has something to do with the right hon. Member for Uxbridge and South Ruislip (Boris Johnson) because, before he became Prime Minister, he promised he would never ever put a border in the Irish sea. When he became Prime Minister, he promptly did that. He described the protocol, when he negotiated it, as in perfect conformity with the Good Friday agreement. He then said that there would be no checks on goods going from GB to Northern Ireland. That was not true and it is probably one of many reasons why so many people do not trust the Prime Minister, including many EU leaders.

What can we conclude from that process? Despite the fact that the impact assessment made it very clear that there would be checks—what would happen—the Government either did not fully understand the protocol they had negotiated, thought it would not be a problem, mis-sold it, or always intended to resile from it later. Whatever the explanation is, it does not reflect terribly well on Ministers.

But having made that point, we are where we are and we have a problem. The problem is that the Northern Ireland Assembly and the Executive are not functioning and all of us should be worried about that. I should have said at the beginning that it is a great pleasure to follow the right hon. Member for Skipton and Ripon (Julian Smith) because I think he spoke extremely wisely.

As the right hon. Member for Maidenhead (Mrs May) pointed out, I suppose in the Government’s eyes, the test of the Bill is, will it work to bring the institutions back up and running again? None of us knows for sure the answer to that, but in the meantime the Foreign Secretary is taking a very big gamble and in the process in my view she is trashing Britain’s international reputation as a country that can be trusted to keep its word.

I do not propose to dwell on the detail of the Bill—others have done that effectively—but it is just not the way to solve the problem. I oppose it because it will lead to a prolonged stand-off with the European Union, it will prolong the problems the right hon. Member for Lagan Valley (Sir Jeffrey M. Donaldson), who speaks for the Democratic Unionist party, has just referred to, it will worsen relations and, if everything goes horribly wrong, we could end up in a trade war with the EU at a very difficult time for us economically and when we have a real war on our hands between Russia and Ukraine. So we have to find another way of resolving this, and that requires the UK and the EU to sit down and negotiate.

I have heard all the arguments from both sides—“It’s the other lot who are not doing the talking; we are willing” and so on and so forth. They can carry on blaming each other until the cows come home but, as long as they do that, both sides will be failing to fulfil their political responsibility to find a political solution to what is a political problem. At the heart of this is the question: how do we protect the integrity of the single market while not interfering unreasonably with goods moving from Great Britain to Northern Ireland? That is why the protocol refers to goods “at risk”. That is the key phrase that we have to bear in mind.

I think there are some pretty easy places to start. For example, on supermarket deliveries travelling from Cairnryan to Larne, to shops that are only in Northern Ireland, what exactly is the risk of those goods undermining the integrity of the single market? As far as I can see, there is none, so why should they require an export health certificate? In the 18 months for which the grace periods have been extended, can anyone point to a single example of the integrity of the single market having been undermined? I am not aware of one.

I genuinely cannot fathom why the EU is so insistent on requiring a customs code to be provided by supermarkets and others. What is it going to do with the statistics? Is it actually going to publish stats on the movement of baked beans and baby food between GB and Northern Ireland? We are aware of the other problems—seed potatoes, organic products, divergence on certain ingredients. In making that point—

I am not going to give way, as I want to keep to time.

Of course there are products where it can reasonably be argued that there is a potential risk. I wish we had spent the time talking about those products, one by one, because if there is a good case I am sure the Government will respond. While the EU says it has offered to reduce paperwork, it is important to remember that it is a reduction compared with the full application of the rules; it is an increase compared with what is currently the case because of the extension of the grace periods. That is why I have said to the EU and all I have spoken to that the EU needs to move to make this negotiation work. Surely we can reach some agreement on SPS checks on the basis that almost all the food produced in Britain is produced to exactly the same standards as it was while we were members of the EU.

I find this very frustrating because we hear Simon Coveney say on the radio, when the idea of a green lane is put to him, “We have proposed something very similar”. Well, why cannot the two parties get on with the negotiation to make this happen? Heaven forbid, if we can negotiate the Belfast/Good Friday agreement—an astonishing achievement, the phrase of my good friend my hon. Friend the Member for Hove (Peter Kyle), the shadow Secretary of State for Northern Ireland—are the Government really incapable, with the EU, of negotiating for a prawn sandwich to cross the Irish sea without a lot of accompanying paperwork? This cannot be beyond the wit and ability of politicians.

In my view, this is a Bill borne of desperation rather than principle. It is a Bill trying to solve a problem that is entirely of the Government’s own making. It does Britain’s international standing no good whatsoever. And it will make the negotiation, which is the only way this is going to be solved in the end, harder rather than easier. There are so many more pressing things for us to be talking about with the EU—our biggest, nearest and most important trading partner still—not least the war in Ukraine and not least climate change. The current crisis in the Government in respect of Northern Ireland arises from a practical problem and requires a practical solution. We need those old virtues of patient diplomacy and negotiation, which take as their starting point the purpose of the rules, which is to protect the integrity of the single market, rather than the rules themselves. Frankly, it is now time for the Government, together with the EU, to get back around the table and sort this out.