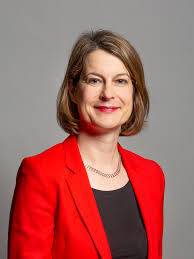 Below is the text of the speech made by Helen Hayes, the Labour MP for Dulwich and West Norwood, in the House of Commons on 2 June 2020.

I would like to thank all the hon. Members who have contributed to this important debate this afternoon. My particular thanks go to my hon. Friends the Members for Aberavon (Stephen Kinnock), for Chesterfield (Mr Perkins), for Jarrow (Kate Osborne), for Bradford South (Judith Cummins), for Luton South (Rachel Hopkins), for City of Chester (Christian Matheson), for Pontypridd (Alex Davies-Jones), for Liverpool, Riverside (Kim Johnson) and for Newport West (Ruth Jones) for their speeches, which demonstrated their depth of commitment both to democratic representation and to the communities they serve, and raised important issues about the detail of this Bill.

Several Members, including my hon. Friends the Members for City of Chester and for Pontypridd, the right hon. Member for Lagan Valley (Sir Jeffrey M. Donaldson) and the hon. Member for Montgomeryshire (Craig Williams), raised important points about the impact of this legislation on representation in Scotland, Wales and Northern Ireland. Strong devolved representation within the nations is critical to the integrity of our United Kingdom. A Bill that reduces the number of parliamentary constituencies in the devolved nations while increasing the number of English seats risks putting further strain on the integrity of the Union. I hope that the Leader of the House will address that point directly when he responds to the debate.

Members from all parties agree that the periodic review of constituency boundaries is a vital part of our representative democracy, and that this review is long overdue. It is our constituencies that give shape and meaning to our democratic process, and they ensure that the concerns of each part of our diverse United Kingdom are given voice and representation. For that reason, it is crucial that long-held community ties form the basis of constituency boundaries, bringing together communities that share common interests and needs. That point was made well by a number of hon. Members who spoke of the risk of villages being split or severed from the towns that they rely on. These things matter to our communities. It is therefore extremely disappointing that the Government have again refused to compromise on the issue of the 5% electoral tolerance. What response can the Leader of the House provide to the apolitical academic experts who have highlighted the restrictive and damaging impact that the 5% quota will have on constituency boundaries? Just a slight widening of the electoral quota to 7.5%, as supported by the hon. Member for Montgomeryshire, will vastly improve the geographic and community coherence of new boundaries and as a result ensure better representation for communities.

When the Government introduced the Parliamentary Voting System and Constituencies Bill in 2010, a pre-legislative inquiry heard evidence from several witnesses that the proposed number of 600 constituencies chosen by the Government was not based on clear evidence. The Hansard Society told the Committee that the number had been

“plucked from thin air—600 simply being a neat number.”​

The Government have now made a U-turn on that arbitrary number but, as my hon. Friend the Member for Lancaster and Fleetwood (Cat Smith) mentioned, the 2013 review based on 600 constituencies cost the taxpayer in the region of £700 million, and the 2018 review is likely to have a cost of upwards of £8 million. Does the Leader of the House accept that the Government’s political indecision has been a waste of taxpayers’ money? Will he clarify for the record how much the 2018 boundary review cost?

Many Members have raised the issue of the alarming removal of parliamentary oversight from the process. Parliament has an important role to play as an emergency backstop to prevent power grabs by the Executive, but the Tories are attempting to remove that backstop, thereby threatening serious unforeseen consequences for the future of our democratic process. Such a move is of deep concern for the integrity of our parliamentary democracy. In response to concerns, the Government assert that removing Parliament from the process will ensure that the boundary commissions’ reports will be implemented without interference from either Government or Parliament, but that is not strictly true. The Government make the legislation that instructs the boundary review process, and Ministers have already taken political advantage of the process by creating a loophole in the Bill. Without parliamentary oversight, the handbrake that previously prevented the Tories from removing 50 MPs on an entirely arbitrary basis no longer exists. If passed, the new legislation will allow the Tories to force through reductions to the number of MPs without any backstop in place to prevent it.

We are talking about a Government found by the highest court in this land to have unlawfully shut down Parliament, suspending democratic accountability and attempting to gag democratic opposition. This is not hyperbole or idle speculation; it happened just last year. In such a context, there can be no guarantee that Ministers will not take advantage of the silencing of Parliament in favour of strengthening their own Executive power. Will the Leader of the House take this opportunity to confirm that the Government will not simply use the loophole to force through a reduction in the number of constituencies, or any other changes that are not included in the Bill, further down the line?

My final point is about the electoral registration dataset on which this review will be based. We are currently facing exceptional circumstances. I welcome the Minister’s acknowledgement that the 2020 electoral register will be heavily affected by the current coronavirus crisis, but this is still the enumeration date set out on the face of the Bill. We cannot expect local councils to do the proactive outreach work that is needed to maintain an up-to-date and fully accurate register while providing an emergency response to a global pandemic. The costs of fighting coronavirus have taken an immense financial toll on councils, and they now face a £10 billion funding gap, which the Government are unwilling to fill. Can the Leader of the House confirm that the Government will accept an amendment to the enumeration date to December 2019? This pragmatic change—in the context of a review for which we have waited 20 years, taking place in unprecedented circumstances—will avoid the new constituency boundaries being based on an incomplete and potentially unrepresentative register.​

The Labour party supports the democratic principle of the boundary review, but the Government must consider the implications of the restrictive 5% tolerance along with the 1 December 2020 enumeration date. We remain deeply concerned about the removal of parliamentary oversight from a process that has always had this scrutiny. I encourage Members from across the House to support the reasoned amendment and to reject the continued centralisation of power in the hands of the Executive at the expense of Parliament.