Below is the text of the statement made by Geoffrey Howe, the then Foreign Secretary, in the House of Commons on 28 November 1985.

With permission, I will make a statement on the Foreign Affairs Council held in Brussels on 25 to 26 November at which I and my right hon. Friend the Minister for Trade represented the United Kingdom.

The Council agreed a mandate for negotiations with Mediterranean partners on the adaptation of their cooperation and association agreements to take account of Spanish and Portuguese accession. This covers measures designed to ensure that traditional trade flows from Mediterranean partners are not adversely affected. Agreement was also reached on a mandate for negotiations with Cyprus on a customs union.

The Commission reported to the Council on its recent visit to Tokyo for discussions with the Japanese Government on the Community’s trade relations with Japan.

The Council also discussed the Community’s trade relations with the United States, including the renegotiation of the 1982 carbon steel export restraint arrangement. The United Kingdom reserved its position on the proposed arrangement to allow time to consider the information the Commission had received from the United States about access to the United States market for semi-finished products.

The Council discussed the Commission’s proposals for the 1986 generalised scheme of preferences.

The Council discussed arrangements for the forthcoming European Council in Luxembourg on 2 and 3 December, and adopted reports on European union and People’s Europe which will be noted by the European Council without discussion.

A further session of the intergovernmental conference on the future development of the EEC was held at the same time, at which there was discussion of ways to accelerate progress towards our key objectives on the internal market.

Ministers also considered how to update the treaty to take account of the Community’s role in technology and the environment. A meeting with representatives of the European Parliament was devoted to considering ways in which the Parliament might be able to express its views more fully before decisions are taken by the Council. 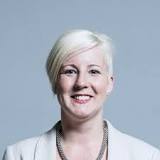