Below is a press release issued by the Foreign and Commonwealth Office on 09/01/2020.

As a first step in the UK’s support for Australia, a team of experts is travelling to Australia to scope how the UK can best contribute to the response.

A team of UK experts is travelling to Australia to scope how the UK can best contribute to the Australian response to the unprecedented bushfires causing devastation across the country.

As a first step in the UK’s support for Australia, this team will include a senior member of the UK Fire and Rescue Service, a medical specialist in trauma and mental health, and a military liaison officer, specialising in crisis response.

They will work with Australian colleagues to establish what type, extent and duration of support will be of most use to the emergency responders, and ensure that such contributions are fully integrated with Australian efforts.

These specialists will liaise with regional coordinators across a number of states as well as with the central Australian government.

This engagement will inform options for a future UK contribution, which would focus on areas of most pressing Australian need, including where the UK has world leading capabilities and expertise.

The deployment comes following exchanges between the Prime Minister, Foreign Secretary and their Australian counterparts.

“Australia is one of our strongest and oldest friends and we are utterly distraught about the devastation caused by these catastrophic bushfires – including the tragic loss of life and of precious biodiversity.

Despite being on opposite sides of the world, our bond is a close one, and we will do all that is possible to help them respond to and recover from this tragic situation.” 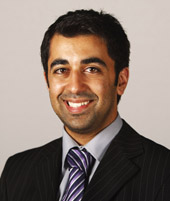 Theresa May – 2018 Speech in Shanghai