Below is a press release issued by the Foreign and Commonwealth Office on 24/10/2019.

It’s a great pleasure to be here today, and I am particularly pleased to have the chance to speak before such a distinguished group of investors. I would like to take this opportunity to thank CEO Kim and his colleagues from the Korea Economic Daily for bringing us together this morning.

Over the next ten minutes, I hope to convince you, if you need convincing, why the UK continues to be a premier destination for capital investment.

Before I talk about capital investment and the importance of long-term growth, I wanted to say something the UK’s investment in Korea…in its broadest sense.

In 1797, a Royal Navy vessel captained by William Broughton was caught in a storm on its way to Japan. The vessel ended up in Busan and this was the first interaction between our two countries. It took almost a hundred years for the UK and Korea to agree a formal bilateral treaty – diplomacy took time in those days!

In 1883, the British government purchased the site of our current compound opposite City Hall for the princely sum of £100. Perhaps this was the first example of UK capital investment in Korea!

So our formal relationship is over 130 years old. The longest of any European country. We have been by Korea’s side through the ups and downs of the 20th century. Almost 100,000 British soldiers were deployed to Korea during the Korean War. We have remained a strong promoter of peace on the Peninsula ever since.

We have watched with huge admiration Korea’s democratic and economic growth over the last few decades. We are also proud that our trade and investment relationship has increased exponentially over this period. Since the EU-Korea FTA came into force in 2011, our bilateral trade has doubled to 22Tn Korean Won ($18.9bn).

But there is so much more that we, as the world’s 5th and 11th largest economies, can achieve together.

I was delighted that two months ago, the UK and Korea agreed a Continuity Free Trade Agreement. This agreement is the first of its kind in Asia. We expect it to be ratified by our respective parliaments shortly. This agreement will ensure that UK and Korean companies will continue to benefit from preferential tariffs when the EU-Korea FTA ceases to apply.

I know you won’t expect me to speculate on Brexit and what might happen in London over the next few days! And that’s good because the situation is developing so quickly. What I would say is two things: Firstly, when the UK leaves the EU, we will remain the EU’s closest partner and friend. We are leaving the EU not Europe. And Secondly, whatever happens over the next few months the UK-Korea relationship will remain strong and the ties between our two countries will continue to develop.

We are long-term investors in Korea not short-term speculators!

So why am I so confident about the UK’s attractiveness to investors?

As we move forward towards a more global future outside of the EU, foreign investors have reaffirmed their confidence in the UK. Between 2015 and 2018, the UK attracted more foreign direct Investment than any other country in Europe, with nearly four thousand projects bringing in more capital investment than second and third placed Germany and France combined. According to the Center of American Entrepreneurship, London is the third largest single destination for venture capital deals after Silicon Valley and New York.

Korean investors are already grasping opportunities in the UK.

Last year, the UK attracted more than 40 percent of the record $8.1 billion worth of South Korean investment into Europe’s commercial property market.

And this year, Korean companies are estimated to have invested almost $800 million in Heathrow and Gatwick airports.

Korean companies have also, in recent years, invested in UK rail and other transport infrastructure. Most noticeably the National Pension Services 30% stake in UK’s High Speed 1 which they acquired in 2017 and Samsung C&T has been a key partner in the development of the Mersey Gateway Bridge spanning the River Mersey and Manchester Ship Canal.

We are committed to ensuring that the UK retains its reputation as a stable, open and mature market in which to invest. We have set out our ambitions in a bold, long-term industrial strategy. This will help generate growth and job creation to ensure the economic benefits are felt by all.

Companies investing in the UK will have access to one of the lowest rates of corporation tax in Europe, tax credits for companies innovating and registering patents in the UK, and access to a world class R&D environment and talent pool. Three of the world’s top 10 universities are in the UK including the top two.

And for international SMEs looking at the UK for global expansion we operate exciting investment support opportunities such as the Department of International Trade’s Global Entrepreneurs Programme.

A key foundation of our Industrial Strategy centres on upgrading the UK’s infrastructure throughout the country. Our National Infrastructure and Construction Pipeline is worth around $778 billion and public infrastructure investment will have doubled in a decade by 2022/2023.

Through our Industrial Strategy, the country’s economic geography will be transformed by a surge of infrastructure investment heralding a new technological era. We plan to build a Britain that lives on the digital frontier, with full-fibre broadband, new 5G networks and smart technologies. As a former Deputy Director of GCHQ, the UK Government’s Cyber Intelligence Agency, I am proud that we have committed to making the UK the world’s safest place to live and work online.

We will create a new high speed rail network that connects people to jobs and opportunities, regenerate our stations and airports, and progressively upgrade our road network. And we will improve people’s lives where they live and work, with high quality housing and clean, affordable energy.

During today’s seminar you will hear about many of the investment ready projects currently available. Our team of expert advisors from our Department of International Trade stand ready to help you find appropriate opportunities and smooth the investment journey with tailored advice, insight and introductions.

Before I finish, I want to say something about the UK’s commitment to economic growth alongside our ambitious efforts to address the challenges of climate change.

Climate change and environmental degradation are among the most urgent and pressing challenges we face today. In July, the UK recorded its hottest day ever. The temperature reached 38.7C.

And here in Korea I have seen first-hand the declining air quality in Seoul. Days when we have seen the world’s highest levels of PM 2.5. Days when I cannot see the mountains behind the Blue House. Days when it is not safe for children to play outside.

The UK is a committed, ambitious and effective leader on climate change. We were the first major economy to legislate for net zero emissions by 2050. We have decarbonised our economy faster than any other G20 country, while retaining the highest growth figures in the G7. And we were the first country in the world to set a legally binding long-term emissions reduction target through the Climate Change Act 2008.

We have just doubled our contribution to the Green Climate Fund. And the UK will host COP26 in Glasgow in partnership with Italy, where we will be driving ambition on mitigation, resilience and finance.

Meeting our objectives and delivering the global transition to a low carbon economy will require unprecedented levels of investment in green and low carbon technologies, services and infrastructure.

More than $119 billion has been invested in clean energy in the UK since 2010 – but much more will be needed to deliver a net zero economy.

The low carbon economy in the UK could grow 11 per cent per year between 2015 and 2030 – over four times faster than the rest of the economy. Our Green Finance Strategy sets out how we will be working to apply a green filter to the National Infrastructure and Construction Pipeline.

Let me finish by saying: This is an exciting time for the UK. A time of unprecedented opportunities. We are confident in our assertion that in the UK, your businesses will prosper and your capital investments make strong and safe returns. 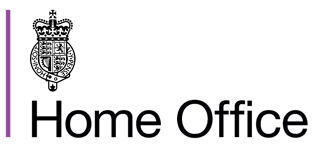