The speech made by Edward Leigh, the Conservative MP for Gainsborough, in the House of Commons on 12 July 2022.

That was an interesting speech, although I am not sure that the hon. Member for Aberdeen North (Kirsty Blackman) carried the rest of the House. This is the iconic centre of the United Kingdom, and it is not surprising that the SNP wants to make it into a museum.

I commend the Leader of the House for the moderate, sensible, open-minded way in which he opened the debate. I suspect that very few people would disagree with anything he said, and most of what the shadow Leader of the House the hon. Member for Bristol West (Thangam Debbonaire) said was sensible, too.

We all agree that we have to just get on with it. There have been too many delays, and—let us be realistic—they will probably still be working around us in 50, 60 or 100 years’ time. That is the way of these old buildings.

I hope we will move on from this endless debate about whether or not we have a decant. I rather resent the fact that those of us who have been arguing the case against a very lengthy decant are accused by others of just wanting to live in a comfortable place. I serve on the Sponsor Body with my hon. Friend the Member for Aberconwy (Robin Millar). If we had proceeded with its plans, which would have entailed a decant of up to 20 years, that decant would not have started before 2031. I can assure the House that by 2031, I will certainly be retired and quite possibly dead, so it is nothing to do with me. What the Sponsor Body finally came up with might have been a fair evaluation of what it would cost to do a full singing-and-dancing renovation and change of everything, but it was totally unrealistic, and the Commission had to step in.

There will be ways of working creatively around us. I accept that it may well be necessary to have a decant, but we have no idea how long that decant will last. If we get rid of the Daily Mail September sittings and stop sweating the building through the entire summer recess, there may come a point where we will break in July and not come back until the following January, or it may take longer—we have no idea. However, I say with the greatest respect to my right hon. Friend the Member for Epsom and Ewell (Chris Grayling) that we should not, I am afraid, accept an amendment that just lays down a set time. We have to look at the evidence. The new Commission will do its work, and will do whatever is necessary.

There has been so much delay, and I think it is very unfair of the hon. Member for Bristol West who leads for the Opposition to blame the Government and the former Leader of the House, my right hon. Friend the Member for North East Somerset (Mr Rees-Mogg), for that fact. The reason why we have had so much delay is that the Sponsor Body has come up with wildly expensive proposals, the first of which was the demolition of Richmond House. That would have been financially wasteful, with millions of pounds spent on a white elephant permanent replica Chamber; it would have been architecturally destructive, making a mockery of heritage laws; and it could have cost up to £1 billion. That proposal caused an enormous amount of delay, and I think there is a general consensus that it was right for us to do away with it. It has been delay, delay, delay.

The plans for the Palace were not much better. The Sponsor Body was planning on removing 14 lift shafts, and wanted office space for MPs cut by as much as one fifth. The programme was in danger of becoming a vast feeding frenzy for contractors and consultants at the taxpayer’s expense. A lot of those ideas were simply unrealisable, so the plans for the R&R programme that have been put forward have failed. As the Leader of the House said, we need to look at working models that have been successful, such as that used for Elizabeth Tower, which has been beautifully restored—of course, that project went over time and over budget because too little preparatory work was done, but the result is magnificent. The cast-iron roofing that the Leader of the House talked about has been an immense success. It is the largest cast-iron roof in Europe. Each piece has been taken apart, restored or replaced, and put back with meticulous skill, so I do not think it is fair to criticise the estates programme.

One of the problems is that lots of people advocate for having lots more of those individual projects. Something like 32 or 33 projects are going on at the moment, and one of the difficulties with the estate is that it is very tight for space, with nearly every available inch already covered in a portakabin or some kind of contractor’s arrangements. We cannot do many more projects at the same time as the current ones, and the cast-iron roofs would have been done quite a bit quicker if the previous Speaker had not insisted that work stopped whenever he was in his house. That is what is going to happen if we keep on trying to do all the work around the building while we are still in it.

The hon. Gentleman makes his point and we just have to learn to compromise. He mentions Mr Speaker. We should congratulate Mr Speaker on his own creative thinking. The Speaker’s house needed urgent repairs, which meant he had to be accommodated elsewhere. The R&R programme drew up plans costing £20 million, to tear up a Georgian townhouse on the estate and put a lift shaft through it. Mr Speaker and the previous Leader of the House grasped the nettle, visited the site itself, and decided it just needed a lick of paint and some basic work. The right hon. Member for North East Somerset, who is sitting in his place, reported that it cost just 5% of the planned £20 million to get all three empty houses back into use. That is exactly the kind of mentality we need. It requires good decision making, an eye for savings, and cutting out unnecessary embellishments.

Serving on the sponsor body has been informative. The sponsor body’s job is to oversee and scrutinise the delivery authority, but I personally believe that the information provided to the sponsor body has often been mired in the worst kind of management speak. Operations are often totally opaque and lacking in clarity. I believe that our ability to thoroughly scrutinise work has not been fully facilitated. Every time it came across a problem, it reached for the most invasive and most expensive solution. I believe that in the end it was going to provide very bad value for money. Every time we proposed alternatives, ridiculous claims about costing and timescale were thrown back. Inadequate figures were given to us. There was a lack of awareness of MPs’ work. For example, it was suggested that MPs’ staff move to shared open-plan offices. Parliamentary politics requires privacy and discretion, and dealing with constituents’ cases even more so. Often, we deal with very sensitive information. We do not work like other entities and we have to accept that Parliament is a unique place.

In conclusion, I believe that what the Leader of the House is proposing today is a sensible compromise. We are not ruling anything in or anything out. We are going to get on with it. We love this building. We are not going to put ourselves first and we are going to do the absolutely essential work to restore this Barry and Pugin masterpiece. We are not going to make it carbon neutral and fill in atriums and all the courtyards. All that sort of expensive stuff is for the birds. We are going to make this building safe and fireproof, and we will do it, hopefully, with good preparatory work, within time and within budget. 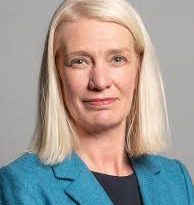 Robert Jenrick – 2019 Statement on the Right to Shared Ownership

Ruth Jones – 2020 Speech on the Economy and Jobs