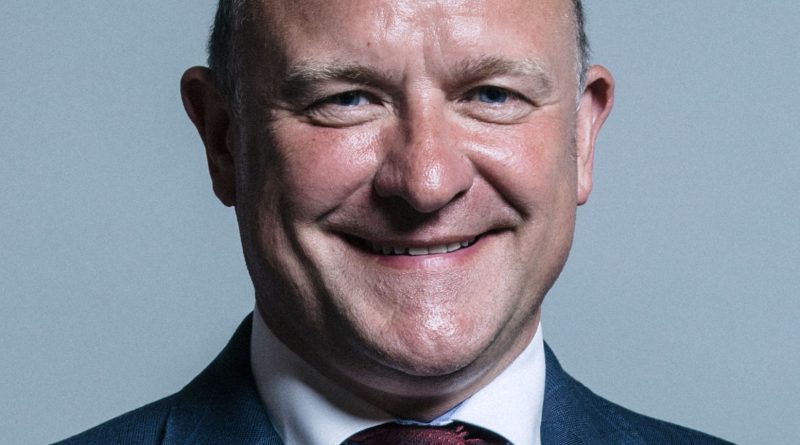 The speech made by Drew Hendry, the SNP MP for Inverness, Nairn, Badenoch and Strathspey, in the House of Commons on 25 January 2021.

Madam Deputy Speaker, a very happy Burns night to you, the staff and everyone else. Could I also welcome the Secretary of State to his place this evening?

Workers deserve our thanks, our respect and our appreciation. Scotland should not have to protect hard-fought workers’ rights from the Tories and their Brexit chaos. By reneging on their promise to protect EU-derived workers’ rights, the UK Government would again prove that it is impossible to trust anything the Tories say, especially on Brexit. The SNP is clear that it rejects any regression of workers’ protections. However, the Scottish Government’s ability to tackle unfair working practices and to fully protect workers’ rights remains limited. As employment law is reserved to Westminster, the UK Government must take action.

These are not my words, but the words of the Prime Minister earlier this month, so why is nothing being done to stop this? While the SNP would support any legislation seeking to ban fire and rehire practices, the Bill of my hon. Friend the Member for Paisley and Renfrewshire North (Gavin Newlands)—the Employment (Dismissal and Re-employment) Bill—is available now to do just that, and the Tories and Labour could help us change the law within weeks by backing his Bill.

When my hon. Friend introduced his Bill in June 2020 to ban fire and rehire practices, he wrote to the current leader of the Labour party and the then Tory Business Secretary—incidentally, with nearly 100 MPs co-signing the letter—urging them both to back his Bill. Given that the Labour leader called on the UK Government to

“If you do that, you will have our full support”—

surely now Labour must get behind the Bill introduced by my hon. Friend. To quote Burns,

“A mind that is conscious of its integrity scorns to say more than it means to perform.”

To my hon. Friend’s great credit, he has in fact submitted two Bills to Parliament over recent months seeking to outlaw the practice, which have been backed by all major trade unions, including Unite, the British Airline Pilots Association and GMB Scotland. The current Bill extends workers’ rights currently under the Employment Rights Act 1996 to prevent employers from forcing workers to sign up to wage cuts and inferior conditions under threat of dismissal. The simple amendment he proposes to existing employment legislation would benefit millions of people overnight, supporting responsible employers, while making it clear to those with less scruples that these sorts of actions are not permitted in any country across the UK.

The SNP has called time and again for the UK Government either to get behind my hon. Friend’s employment Bill or to bring in their own legislation to give millions of workers at Centrica and elsewhere the same protections enjoyed across Europe. We should all be willing to put party differences aside and work together in the interests of workers. The UK Government have a duty to act swiftly and decisively to ban fire and rehire practices. Until this happens, more employers will be encouraged to follow suit. Companies such as British Airways, Tesco and Centrica are the tip of the iceberg, and workers across these isles face unprecedented attacks on their wages and conditions via despicable tactics such as fire and rehire.

As I have said, my hon. Friend has led the charge to ban fire and rehire tactics and ensure that workers are not the victims of bosses looking to cut costs. We will of course listen to the warm words today, but the fact is that the Tories and Labour could help us change the law within weeks by backing the Bill. Let them now commit to action to support that Bill.

Turning to other matters, I think we have all been shocked by the details of the UK Government’s shabby and heartless treatment of their own Driver and Vehicle Licensing Agency workforce that have emerged over the weekend. That sets a worrying precedent for the coming months and years in relation to workers’ rights.

We have heard from the Secretary of State tonight that he will not be following up the package of deregulatory measures following the UK’s exit from the EU. He said that he would not be ending the 48-hour week, and that he would not be tweaking the rules around rest breaks at work, overtime pay or other changes. But, of course, we have heard Tory Ministers make countless empty promises to protect EU-derived workers’ protections, and now that we have left the EU there are few who do not believe that they are going to renege on that promise.

Even if we believed that the Tories were intent on protecting workers’ rights—admittedly, that is a big ask—surely they would simply maintain those that were already enshrined in EU law, rather than ploughing ahead with a review and selecting what they want to discover. Despite initially dismissing the reports of watering down rights, the Tory Business Secretary confirmed last week that

“we wanted to look at a whole range of issues relating to our EU membership and examine what we wanted to keep.”

Of course, we can easily read that as the Government keeping the bare minimum that they can get away with.

With each day that passes, the damage being inflicted by the Tories’ Brexit deal on businesses and jobs becomes clearer; they have earned zero trust. As with fishing, they have shown that they will break any promise and sell out any group of workers, no matter the cost. As the STUC general secretary Roz Foyer said:

“We are alarmed, if unsurprised, by reports of early attempts to downgrade workers’ rights through amending the commitment to the EU Working Time Directive. We will vigorously oppose any attempt to dilute existing rights and are pleased that the Scottish Government, in line with its commitment to Fair Work, supports us in this.”

The SNP and the Scottish Government will continue to work in partnership with trade unions to challenge the UK Government to avoid a race to the bottom when it comes to pay and conditions. As I have said, people in Scotland can see that the Scottish Government’s ability to tackle unfair working practices and fully protect workers’ rights remains limited while employment law is reserved to Westminster, even though they are doing all they can to embed fair work practices across Scotland. In July 2020, Scotland’s Cabinet Secretary for Economy, Fair Work and Culture issued a refreshed joint statement with the STUC, the Convention of Scottish Local Authorities, the Scottish Council for Voluntary Organisations, the Institute of Directors and the Scottish Council for Development and Industry, outlining the sheer commitment to fair work practices in Scotland across the public, private and third sectors.

The Scottish Government also published their fair work action plan last year to drive forward the ambition for fair work to be the norm in workplaces across Scotland. Through their flagship fair work first policy, they are rewarding and encouraging employers to adopt fair work practices by attaching fair work criteria to grants and other funding, as well as to the contracts awarded by and across the public sector. This includes: asking employers to commit to paying the real living wage, not the pretendy one that we hear about in the Commons so often; no inappropriate use of zero-hours contracts; and the provision of channels for an effective voice, such as trade union recognition.

Fair work first criteria will be incorporated into the policies and practices of the Scottish National Investment Bank, and are embedded across the enterprise and skills agencies, including the new South of Scotland Enterprise agency. If an anti-worker ideology continues at Westminster, it is vital that powers over employment are devolved to Scotland to allow our Parliament to get on with the crucial job of supporting employment and helping businesses to thrive.

By breaking the promise to protect EU-derived workers’ rights, the UK Government will again be proving that it is impossible to trust anything that the Tories say, especially on Brexit. We in the SNP are clear that we reject any regression of workers’ protections. The Scottish Government now need the powers to tackle unfair working practices and to protect workers’ rights. Employment law should no longer be reserved to Westminster. In the meantime, fire and rehire is an abomination. The UK Government and Members of all parties must now support my hon. Friend’s simple but effective Bill to outlaw it.

Scotland has not voted for a Tory Government since 1955. Unlike other parties, the SNP wants to put workers’ rights, and all other powers to create a fairer Scotland, in Scotland’s hands—not in the hands of Tory Governments we never vote for. Twenty opinion polls in a row have shown that the people of Scotland back that proposition. They must, and will, have their democratic right to choose a better future with independence.