The speech made by Dave Doogan, the SNP MP for Angus, in the House of Commons on 18 July 2022.

Well, I certainly do not have confidence in this cobbled-together, bottom-of-the-barrel Government. If we are supposed to be voting tonight on whether or not we have confidence in them, people out there will surely be asking if that is some sort of rhetorical question. When we add all the Opposition MPs, all the Ministers who resigned and all the Tory MPs who voted against the Prime Minister in their vote of confidence, I think we know where Parliament sits on this Prime Minister. It is not a positive report card in any way, shape or form.

Scotland never took this Prime Minister seriously for a minute. I am a testament to that: when it went to the country in 2019, Angus said, “No, we’re not going to have a Tory MP. We’re going to have an SNP MP in Westminster, speaking up for the values of fairness and opportunity and underscoring our mandate for an independence referendum”—and it will happen, I can assure you of that.

I will not miss this Prime Minister talking up the UK economy and gaslighting the people of these islands about it. He makes it sound like a land of milk and honey, but there is £2.2 trillion of sovereign debt in the UK’s name. Let us be really clear: when this Government came to power, there was £0.8 trillion of sovereign debt. We are getting on for three times that figure, which took nearly 100 years to build up; this Government have nearly tripled it in 12 years. The Government have lost complete control of the economy. The term “working poor”, let us not forget, should be a contradiction in terms, but it is not—not in the UK, where two people in one house can go out to work for 40 hours a week and still not have enough money to put food on the table.

The Prime Minister cloaks himself in the NHS in the most shameless, unedifying way possible—it is absolutely abhorrent. Then there are these phantom numbers about building new hospitals, and all the while people cannot get access to an ambulance or make their way up a waiting list for an operation.

The Prime Minister shamelessly exploits the UK armed forces, who should be above politics but have been dragged mercilessly into it by this Prime Minister and his cronies in the Cabinet. Thousands have been cut from the Army on his watch. Nuclear weapons and their delivery systems are getting on for consuming a sixth of the armed forces budget. The Government have cut the E-7 Wedgetail programme to three. The Ajax £5.5 billion debacle has been rumbling on for the entire duration of this Government’s term. Yet they are supposed to be the Government who stand up for the defence of these islands. It is a disgrace.

Worst of all, how dare they deny democracy in Scotland? The people of these islands in Scotland are not confused. They do not vote SNP out of some sort of habit or tradition; they vote SNP because they recognise our values in their values, and they do not recognise the values of the Conservative party, one iota.

Conservative Members are smirking and laughing, Madam Deputy Speaker. Well, laugh up your sleeve, I’ll tell you that, because the people of Scotland are watching you. They are watching the disdain that you have for the decisions—

Order. Too many times now, you have used the word “you”. It is one thing to use it in a general sense, but you are implying things about me when you use it with the word “disdain”.

I would not dream of doing so, Madam Deputy Speaker.

They are laughing up their sleeve. The people of Scotland are recognising that, and they do not like it one iota. We will have our say, and we will divest from this broken United Kingdom once and for all. 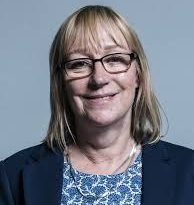