Below is the text of the speech made by the then Foreign Office Minister, Baroness Symons, in Egypt on 21st January 2003.

Thank you, BEBA, for arranging this excellent lunch.

I am so pleased that His Excellency Youssef Boutros Ghali and I are able to attend this excellent lunch and to say how much I appreciated the meeting of the Egyptian British Business Council.  The Business Council was set up by our two Prime Ministers, and the seniority of the Board members is a reflection of the importance of our business relationship.  The EBBC is in a unique position to feed the views of the UK and Egyptian business community into both our governments.   I commend the efforts that Mohammed Nosseir and Richard Paniguian have put into making this meeting a success.

The meeting discussed important issues for the Egyptian economy, such as the drop in foreign direct investment in the last year or two.  I am responsible for attracting inward investment into Britain, so I know how difficult it can be to get companies to invest.  There is only a limited amount of foreign direct investment waiting to find a home, and there are many countries competing for it.  Each country has to play to its strengths, but also identify its weaknesses and deal with them.  The bottom line is that unless a country’s business environment is as attractive as its competitors’, companies will go elsewhere.

There is a temptation, when times are difficult, to hang on tight to what is familiar and to delay change.  With the Palestinian conflict seeming a long way from a just resolution, and an Iraq crisis hovering over all our heads, the environment feels uncertain.  There will be difficult weeks and months ahead, but I very much hope that the outlook will be better by the end of this year.  My Prime Minister has shown his determination to press ahead with the steps needed to put the Middle East Peace Process back on the rails.  We greatly valued Egypt’s participation in the recent meeting in London on Palestinian reform.  Britain will continue to work closely with its friends in the region to get beyond the current cycle of violence and despair, and back to a political process with a just outcome for both sides.

On Iraq, war is not inevitable.  But time is running out.  The threat which Saddam Hussein poses is to us all.  That is why the international community must tackle it with deliberate and unified determination.  It is why the UN has acted with such determination and sense of purpose, and why we believe it is so important to uphold the authority of the UN – as we did unanimously on the passage of UNSCR 1441.  We all want passionately to avoid military conflict.  This is a message my Prime Minister has repeated over and over again.  But nobody could be comfortable with the previous or current situation.  For years the Iraqi regime has flouted the authority of the UN.  For more than 4 years it has been able to develop weapons of mass destruction with no international check whatsoever.

Over the next few weeks, possibly months, we will be working for the highest possible degree of international consensus.  We hope that the world community will stick to its unified resolve and bring this issue to a peaceful conclusion.  But the key decision rests with Saddam Hussein.  Saddam has to cooperate with the UN, and give up his weapons of mass destruction or he will leave the international community with no choice.  As long as there is doubt about Saddam’s compliance with UN Security Council Resolution 1441, the threat of force must remain.   And as Mr Blix has recently commented, Iraq’s co-operation with the Inspectors falls well short of what is needed.

Whatever unfolds in the region, the Egyptian economy will need investment, and more exports in the years ahead.

Your Government has taken some important steps forward in the past year or so to improve the investment climate:

I commend your legislation on money laundering.  Britain is now helping to train the Financial Investigation Unit;

Your new law on Intellectual Property Rights brings Egypt up to international standards, and makes Egypt a more attractive place for investment in industries like pharmaceuticals;

The new Labour Law should lead to greater flexibility which is necessary for employers to have the confidence to create new jobs.

Your Government’s renewed commitment to adopt the EU-Egypt Association Agreement is also very welcome.   Over time, it will boost the levels of trade and investment.  I am very pleased that your Prime Minister raised this in our meeting this morning.  The UK aims to ratify the agreement this spring.

These steps, together with Egypt’s strategic position as a gateway into both Africa and the Middle East, have helped your country to ride out many of the economic problems caused by 11 September and the regional uncertainty better than many expected.  I applaud the measures taken, and the resilience of the Egyptian people.  And of course it is important not to ease up.  In the modern competitive world, to stand still is to fall behind.

What do companies look for in a market when they are wanting to invest?  There are many criteria they use.  They want stability, both political and economic.  They want security, both for their investment and for their employees.  They want as large a market as possible.  In these areas, Egypt fares well.  But investors also want a business-friendly environment, and here, if I may say so, Egypt needs to take further steps if it is to be truly competitive.  As we have discussed on the EBCC this morning, investors want freedom to be able to work as flexibly and efficiently as possible, adjusting their prices and employment levels to suit the market.  They want a transparent and efficient bureaucracy which will allow them to get on with what they do best.  They want to be sure that they will be able to import their raw materials speedily, and export their finished goods with the minimum of fuss.  And they need ready access to hard currency to run their businesses and to repatriate their profits.

In these areas, Egypt does not always compare well to other markets, and this means investors have doubts about whether they should come to Egypt, and fewer jobs are created here.   From talking to colleagues today – British and Egyptian – I think that is an issue we would all like to see change.

Investment and trade reinforce one another.  The UK is a trading nation, as is Egypt.  We believe strongly in the benefits from free trade, and the role of trade in bringing the benefits of globalisation to all countries.  British exporters earned over 430 billion dollars last year from selling their products and services overseas, which is the equivalent of 30% of our Gross Domestic Product.

Britain’s trade with Egypt remains broadly in balance: a total of some 900 million pounds sterling.  Both Egyptian exports to Britain and British exports to Egypt increased last year – a development in we can all take pleasure, despite it being a difficult year for many economies and in the wake of 11 September.

Getting the right outcomes on international trade policy will boost trade across the world.   The outcome of the WTO meeting in Doha in November 2001 was a substantial step forward.  I would also like to applaud the very helpful and pivotal role that Egypt played at the WTO meeting at Doha.  There is still a long way to go.  But the goal is worth it.  Cutting the protectionist barriers to trade world-wide could boost developing country incomes by 150 billion dollars – that’s three times the value of the international aid currently being given to those countries.  And the World Bank have calculated that substantial trade liberalisation could lift an additional 300 million people out of poverty by the year 2015.

I would pick out two priorities for urgent action, and thus two priorities for our international negotiations in the WTO.  Firstly, market access.  The EU has a good record on industrial products.  But on agriculture, Europe is part of the problem.  Many of the poorest people in the world work in the labour-intensive agricultural sectors, yet this is the very sector where the average tariffs are highest.  It is not just Europe:  Japan and the United States are also badly at fault.  But Europe simply cannot indulge in high-flown rhetoric about free trade while delaying further reforms to the Common Agricultural Policy in the form of subsidies which distort trade.  Our subsidies encourage over-production that has two distorting effects.  It cuts us off as a market for developing nations, and it encourages dumping elsewhere.  The British Government will continue to press for change.

Secondly, services.  Efficient services are crucial to all economies.  Without access to better communications, sound financial services and efficient distribution systems, developing countries will find it impossible to compete in world markets.  It is in their own interests for developing countries to open up their markets in services.

International trade is good for business.  Research has shown us those companies engaged in international trade tend to be more productive, and more competitive.  They spend more on innovation, they are more capital intensive and their productivity is higher.  By choosing to compete in world markets, they take advantage of innovation overseas and adapt it for themselves.  That also encourages the transfer of technology – which is so important in most industries.  Innovation creates trade, which in turn creates more innovation, in a virtuous circle.

The UK is proud to be the biggest Western investor in Egypt.  The top twelve UK companies have invested $18billion in Egypt, and plan to invest a further $7billion over the next five years.  They are doing good business here.    Like other markets, if you have a good product at a sensible price, people will buy it.  And of course working in Egypt has its own particular problems and advantages – no two markets are ever the same.  But with patience and the right partners, there are real opportunities here.  I have had the chance to meet a delegation of people from small and medium sized businesses from the North-West of England yesterday and I want our businessmen to find these opportunities to deepen still further the trade and investment relationship.  It creates jobs in both countries, and benefits both economies.  Let us become ever-closer partners in business, as our leaders are moving ever closer as partners in the search for peace and long term stability in the Middle East. 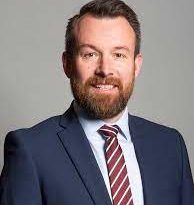