The speech made by Anneliese Dodds, the Chair of the Labour Party, on 25 September 2021.

It’s such a pleasure and a privilege to be with you all today as Chair of our Party.

Our Labour Party – founded over one hundred years ago in the shadow of dark, satanic mills – and today fighting harder than ever for decent jobs, proper pay and dignity at work. The party of our NHS, the party that set up the first national parks and green space for people to enjoy and the only party that can protect our planet while protecting jobs.

Now, more than ever, Britain needs a Labour government.

The last 18 months have exposed just how unequal and unfair our country has become under the Conservatives. But the crisis also showed what the British people achieve when we come together. Across our country, people united to look after their neighbours. Trade unions and businesses worked with the Welsh Labour government to build ventilators in record time and our NHS worked with thousands of volunteers, Oxford University and business to create a vaccine in months when that would normally take years. We’ve shown that we are stronger together – and that’s the title of our policy roadmap. Today I’m proud to present to conference its first two reports.

Britain in 2030 shows how Labour would start to meet the biggest challenges of our age. From an electric car revolution, to catch-up for every child, to a new Race Equality Act to a trade policy that protects jobs at home while securing human rights abroad and much, much more – the report shows how much better our country will be under Labour.

I’m so grateful to all the Labour members, trade unions, shadow Labour teams, members of the NPF and socialist societies who’ve contributed to it. As we continue to develop together the key new policies to win the next general election, the stakes have rarely been higher.

These callous, chaotic, crony Conservatives plunge new depths every day. This Conservative Party shovels money to its chums and acts like there’s one rule for senior Tories and another rule for everyone else. This Conservative Party likes to consider itself the party of opportunity and to be fair – if, like my opposite number Ben Elliot, you are a nephew to a royal, were educated at Eton and can fly teabags to Madonna, you too could go far in the Conservative Party. You know, recently Ben Elliott has been joined as Conservative Party co-chair by Oliver Dowden, confirming what many in this hall have always known: that it takes two Tory men to do the job of one Labour woman.

Conference, we know Britain deserves better than this Conservative Government – and we’re proving it in communities up and down the country, where Labour is transforming lives right now. As our second report says: Labour Works. In local government, in Wales, in Scotland, with our metro mayors and our police and crime commissioners-Labour is delivering, right now, for communities, jobs and our environment.

There’s so much to fight for. The power is in our hands – in the miles we walk on the streets to knock on doors and the tonnes of leaflets we all deliver and it’s also in the choices we make about who we are and what we do as a Party. At this conference, we must have the confidence to set things right – once and for all. With a new, independent complaints process – so there is never, ever any place for anti-Semitism, Islamophobia, Anti-Black racism or discrimination or prejudice of any kind. Where we root out sexual harassment wherever it rears its ugly head and where we are a constant, uncompromised, clarion voice for equality, respect and social justice.

Let’s take the energy, commitment and passion that’s in this hall and let’s use it to boot them out, get into government and pull our country up – for a stronger future together. 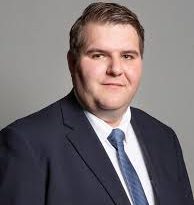