Comments from the article written by Alistair Graham, the former chair of the Committee on Standards in Public Life, in the Guardian on 23 November 2020.

There can be no doubt as to what the code meant when referring to bullying and harassment. Boris Johnson, in his fourth paragraph of the foreword to the current code, published in August 2019, said: “There must be no bullying and no harassment.” This can only be interpreted to read that if a minister is found to be guilty of either bullying or harassment they must give up their role as a minister. Alex Allan, as adviser to the prime minister on ministerial standards, in his investigation cleared the home secretary of harassment but clearly decided she had breached the ministerial code through bullying.

Much of my period of office, from 2004 to 2007, was concerned with how the prime minister dealt with allegations of misconduct by ministers. The committee wanted to ensure that such allegations were properly investigated by an independent person who would report directly to the prime minister, who would be the final arbiter as to what sanction to apply, though we argued any independent report should be published.

The committee was successful in ensuring there was such an adviser on ministerial standards. One of the first appointees was Philip Mawer, who previously had been an outstanding parliamentary commissioner for standards. He was followed by Allan, who has been a long serving and highly respected civil servant, whom I have worked closely with as a member of the Queen’s Counsel Selection Panel. His diligence and integrity cannot be doubted. His resignation speaks for itself as to how the government has dealt with the allegations against the home secretary. 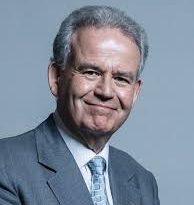