Below is the text of the speech made by Alan Milburn, the then Secretary of State for Health, on 3 April 2003.

It’s a great pleasure to be here with you this evening and particularly to follow both John and Cliff.

It’s three years since I last had the pleasure of addressing you. I announced then the creation of the PICTF- an important symbol of the co-operation that I believe exists between industry and Government in our country. And I join with John in praising the leading role that colleagues from the ABPI and especially Phil Hunt played in taking that co-operation forward.

Tonight I want to suggest how we can build on that strengthened relationship.

The starting point is this simple insight: the health of the country and the health of your industry are intimately linked. The stronger our partnership the better it is for Britain.

Your industry as John rightly said is a major contributor to the wealth of our nation – and therefore ultimately to the funding of the great public services on which people in our nation rely. Indeed the Pharmaceutical Industry is a competitive and innovative, knowledge-based and high value-added industry. You are genuine world leaders – second only to the US in the discovery and development of the world’s leading medicines. Our job in government is to create the environment in which you can thrive.

A stable economy; a flexible and skilled labour market, a world-class university sector and science base – these are the keys to unlocking success in what is, as you know, a highly competitive global market place. On each of these fronts there is reasonable progress to report.

For example, we believe in investing in science. By 2005 the science budget will stand at nearly £3 billion – more than double what it was just a few years ago. Investment that will help grow your future workforce and sow the seeds for future scientific advance. The new R&D tax credits we introduced last year I hope will help that process. The green light that Parliament has given to stem cell research not only provides a further basis for new scientific endeavour but holds out the hope of new breakthroughs in the treatment and prevention of serious illness.

And for research to thrive it needs proportionate regulation and it also needs a safe environment – which is why John was right to highlight the threats posed by a small minority of animal rights extremists. I know that some of you here tonight will have been targeted by these people. Many more will have felt intimidated by them. All I want to say to you is that the Government unreservedly condemns their campaign of violence and intimidation. We are determined they will not succeed. That is why we have taken action to improve co-ordination between the police and other agencies. It is why we have strengthened the law. And I can say tonight we do not rule out further changes to the law to remove the threat that these extremists pose.

I believe that we must deal with those threats in order that we can realise the very real potential that now exists. Over these next few years a growing National Health Service and the prospect of further pharmaceutical advance provide new opportunities for both industrial prosperity and better health.

The NHS is in a period of unprecedented growth. By 2008 its budget will be double that of just a decade before. We have the fastest growing health care system of any major country in Europe. There is of course a huge amount of catching up to do. Nonetheless there aren’t many organisations in this country – perhaps not in the world – that know what their budgets will be in five years time. The NHS is in that enviable position.

The fruits of increased investment are already plain to see. Not just in the growth in nurses and doctors, more beds and new hospitals but in shorter waiting times for treatment and improved standards of care. In the last year alone there were around 30 million extra prescriptions for patients. The NHS drugs bill rose by £850 million. That represents a year-on-year increase of nearly 14 per cent, with a similar rate of growth likely this year.

I said three years ago that more spending on medicines is, in my view, a good thing, not a bad thing. Provided of course that the extra money is spent effectively and gets good value. Some feared, three years ago, that the advent of the National Institute for Clinical Excellence – and I pay tribute tonight to its work under the leadership of Sir Michael Rawlins – would act as a brake on drug spending in the NHS. Those who thought that obviously got the wrong pedal. NICE has not slowed down expenditure on new drugs. It has accelerated it. NICE decisions since it was set up three years ago have cost the NHS over £700 million. Amongst those benefiting have been an additional 31,000 cancer patients, 160,000 diabetes patients, 100,000 people suffering from alzheimers disease and 170,000 more who can benefit from atypical antipsychotic drugs. In the last year alone, as John said, prescribing of statins has risen by 30% benefiting over one million people and helping to save an estimated 6,000 lives.

And over time I would expect to see the importance of medicines to the NHS continuing to grow. And in all likelihood drugs spending as a proportion of NHS spending will also continue to grow. Too much of the debate on health care today in my view is still focussed on the narrow terrain of hospital-based activity. Now what happens in hospitals is, of course, incredibly important. But it is not the be-all-and-end-all of what the health service does. Indeed changes in demography and the pattern of illness alongside scientific advance and technological breakthroughs are driving the NHS towards more health care being delivered in a non-hospital setting. As today’s World Cancer Report from the WHO argues, the focus increasingly needs to be on prevention, not just treatment. The work we have done together in government and the industry has given the NHS a world-leading smoking cessation service sets a course which we must now follow in the years to come.

Already in the last few years the number of premature deaths from major killers such as cancer and coronary heart disease have begun to fall dramatically in our country. New drugs and more effective prescribing have played their part in that. But there are new challenges too. The latest census for example showed that nearly 9 million people in England have a limiting long term illness. With the population of over-60s set to grow by one third in the next twenty years, that number will inevitably rise substantially.

At the other end of the age spectrum, rising levels of obesity, most worryingly amongst children, create future risks of diabetes, heart disease and of course renal failure. If current trends continue – and we need to see that they do not – up to a quarter of all adults in our country could be obese by the year 2010. And, of course, there are the threats posed to public health as a consequence of open borders, increased mobility and global travel.

New challenges then, demand new approaches. And here there are good reasons to be optimistic. Indeed, some commentators say we are likely to see in the next twenty years as much advance in healthcare as we have seen in the last two hundred. The pharmaceutical industry will undoubtedly be at the leading edge of these advances. Day by day the industry is helping us understand disease mechanisms better. And many believe this generation, our generation, stands on the threshold, fifty years after DNA was first decoded at Cambridge, of a genetics revolution that could transform health care across the world. Pharmocogenetics that tailor drug treatments to individual patient metabolisms. New drugs and therapies targeted at the cause of the disease rather than controlling its symptoms. Diagnostic methods that can help prevent disease before it develops. And gene therapies that hold out the prospect for entirely new treatments – and even cures – for cancer and other common diseases. I am delighted that Trevor Jones has agreed to chair the new Advisory Group for Genetics Research to provide the advice that we need to determine research priorities.

Because only if we make the decision to invest now will we harness this potential for the future. In a few weeks’ time I will publish a White Paper on genetics which will set out how we intend to work in partnership with the industry to put Britain at the forefront of this genetic revolution so that its advances can be made available to the people of our country.

And the benefits of scientific breakthrough and the great good that your industry brings need to be made available to poor nations just as well as to richer ones. No challenge can be greater than dealing with the threat to health posed by poverty and disease in the world’s poorest countries. John rightly mentioned the steps that pharmaceutical companies have already taken on this issue and I pay tribute to the work that you have done. It is true that governments and international organisations need to do much more too. But none of us can feel comfortable with a position where the industry develops medicines that can save lives, only for a minority of the people in the world who need them actually being able to benefit from them. It is precisely because of your achievement in creating new life-saving medicines that the world looks to you to do all in your power to make them available to the people who need them most. In Government we not only urge you to do that but we pledge to work in partnership with you to help make that happen.

In recent years we have built between us – industry and government – a strong partnership. It needs to be stronger still in the years to come if we are to meet the new challenges that confront us and realise the new opportunities that are open to us.

We are in an era of unparalleled growth in the NHS; a time of unequalled discovery in science and medicine; a period of profound potential in which both the UK’s health services and pharmaceutical industries can lay the foundations of better treatments for generations – in our own country and across the world.

To realise that potential however, we need to strengthen our partnership. We will then, I believe, truly unlock a rich seam of new science, new discoveries, new treatments and technologies which are genuinely capable of delivering better health and better lives in our own communities and communities across the globe.

This is the challenge for all of us. It is a challenge that I believe that by working together – Government, Industry and patients groups – we can meet that challenge. 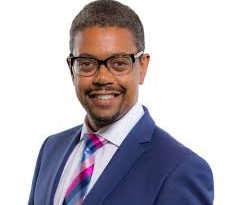