Below is a press release issued by the Foreign and Commonwealth Office on 09/12/2019.

Thank you very much, Madam President, and how nice to see you in the chair.

Madam President, the United Kingdom welcomes the efforts of UNOCA – and thank you to SRSG Fall for your briefing and your work and that of your team. We welcome the efforts of UNOCA in monitoring, political peace and security developments and trends in Central Africa this year. We welcome the good offices deployed, the work on conflict prevention and mediation, your support to peace and security initiatives and your efforts to enhance coherence and coordination in the subregion. And I want to say how important we also think it is that you continue your efforts to support ECCAS and ECCAS members in their work to strengthen and reform the organisation. UNOCA should look to enhance its work on early warning and analysis alongside greater coordination with UN country teams in the subregion going forward.

With this focus on conflict prevention in mind, let me turn to some specific country areas within UNOCA’s mandate. The UK continues to share the concerns set out in the report about the deteriorating humanitarian and security situation in the northwest and southwest regions of Cameroon. We welcome the reports and information that humanitarian access in areas of Cameroon, controlled by the government of Cameroon, have improved significantly in the past few months. All parties, though, need to do more to ensure humanitarian access is protected. And I must particularly condemn attacks on health, infrastructure and personnel on schools, teachers, parents and children, as set out in the UNOCA report. Human rights violations and abuses committed by all sides must stop and all allegations must be investigated.

Now, Madam President, a united approach on Cameroon is important. The recent joint Commonwealth-Francophonie-African Union visit to Cameroon helped promote the restoration of peace in the northwest and southwest regions. We look forward to hearing about the follow-up recommendations from this joint visit. It’s imperative that the regional and wider international community continues to support credible peacebuilding efforts, including through the mechanism of the Peacebuilding Fund, and urgently responds to the growing humanitarian need. We believe that regional and subregional organizations such as the EU and actors play an integral role, and we hope for further joint visits by the United Nations and the African Union to Cameroon and neighbouring countries.

Let me welcome the OHCHR technical mission to Cameroon, which was, of course, at the invitation of its government, and urge prompt, continued and full cooperation between all sides to ensure the protection of civilians and accountability. And it’s important that there’s follow-up to the visit, including on impunity. Freedom of political expression, must be respected at all times, including in the run up to the forthcoming legislative and municipal elections.

Madam President, let me turn briefly to the situation in the Lake Chad Basin. SRSG Fall reminded us in his briefing, and of course, in his report, on the impact of climate change in that space. The UNOCA report highlighted deplorable high levels of violence and human displacement resulting from Boko Haram and ISWA attacks on civilian and military targets. Now, the United Kingdom recognises the important role of regional countries in supporting stability in the Lake Chad Basin, including through the Multinational Joint Task Force and of course, their hosting of refugees. And a number of us were able to hear from the executive secretary of the Lake Chad Basin Commission during the Peacebuilding Commission annual session this week on progress made with respect to the regional stabilisation strategy. And all I’d say is I think that we need to do more to ensure full implementation of SCR 2349 to tackle security, humanitarian and development crises in the region.

And we fully support the cooperation that’s been exhibited between UNOCA and UNOWAS, and we’re very pleased to hear about the joint visits between SRSGs Fall and Chambas, and we look forward to a an update when your report on those visits is ready and any conclusions you’re able to draw together on the way forward.

The United Kingdom welcomes the progress made to date by President Touadéra and the CAR authorities since the February peace agreement. We also welcome the reactivation of the CAR-Cameroon and CAR-Republic of Congo Bilateral Commissions and the advocacy role played by UNOCA in helping to bring these about.

We remain extremely concerned by the ongoing political challenges and human rights situation in Burundi and its humanitarian consequences. The elections scheduled for next year are a critical moment for Burundi and we urge the government to work with all parties to ensure a fair and peaceful election.

Let me conclude, Madam President, by noting again that the report and the briefing set out a number of areas where the UN, in its form of its Secretariat, where the agencies, funds and programmes, where member states can support countries and the region in conflict prevention and conflict resolution. We all need to rise to that challenge, and UNOCA is key to that. 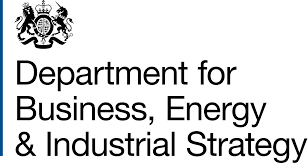