Under the new plans:

Anyone caught unlawfully with a knife will be immediately arrested, charged within 24 hours and in court within a week – three times faster than the current average.

Police will be empowered to target known knife carriers with a new court order, making it easier for officers to stop and search those known in the past to have carried weapons.

Violence reduction units – multi-agency teams made up of the police, social services and other agencies – will be boosted by £35 million next year to champion preventative work and stop violence from happening in the first place.

The plans build on the success of increased use of stop and search in the past year, which has led to a 22 per cent increase in arrests for possession of weapons.

“A majority Conservative government would come down hard on the scourge of knife crime.

“We have committed to putting an extra 20,000 police officers on our streets, but they need to have the powers to act decisively and effectively to prevent crime and see that offenders face justice.

“That’s why today we are announcing greater freedoms for the police to use stop and search on individuals who are known to have carried knives in the past. We are also speeding up prosecutions to make sure the threat of being caught is always an effective deterrent.

“Just as with our plans to improve schools and hospitals, we can only do any of this if we end the gridlock in parliament with a Conservative majority government.

“We had to call this election to end that deadlock and now the choice is simple. Either we can have more confusion and delay with Jeremy Corbyn, who wants to call two more chaotic referendums next year, or we have a Conservative government who will get Brexit done and focus on the people’s priorities like tackling violent crime, improving our NHS and investing in schools across the country.”

What you need to know:

Knife crime is blighting some of our communities – having a devastating impact on young people.

Hospital admissions for assault by a sharp object were up by 15 per cent in 2017-18 – the latest date for which records are available – in comparison to the previous year. The year 2017-18 was the year with the lowest number of stop and searches. Fortunately, in 2018-19 the police carried out 55 per cent more stop and searches to look for weapons. This has had a positive effect with a 22 per cent increase in arrests for possession of weapons.

Adult offenders caught with a knife following stop and search will be arrested on the spot, cautioned or charged within 24 hours, and have their first court appearance in less than a week.

Most of them will be sentenced there and then. All those who receive a community order, suspended sentence, or immediate custodial sentence will also receive a Serious Violence Reduction Order. So, from the moment they walk out of court (or out of the prison gates on licence) they would face more of a chance of being caught. They will know that if caught with a knife again, they will be very likely to receive an immediate custodial sentence.

90% of those dealt with by the police for possession of knives are charged, the other 10% are given cautions.
Therefore we not are proposing to take away the police discretion to give cautions (rather than charging) in appropriate cases.

We will introduce a new Serious Violence Reduction Order to enable the police to stop and search habitual knife carriers without suspicion – helping to get more weapons off our streets.

As proposed by the think-tank the Centre for Social Justice, and backed by Lord Hogan-Howe, these orders will allow police to target known knife carriers, so stop and search tactics can be a more effective deterrent.

This power would be in addition to the two main types of existing stop and search powers – Section 1 and Section 60.

A Serious Violence Reduction Order would act like a personalised Section 60 search power for individuals who have, in a criminal court of law been proven to have been in possession of an offensive weapon. This would include pointed or bladed weapons, firearms, and corrosive substances.

The Order would apply to both custodial and non-custodial sentences, thus ensuring that every offender – from the moment they are sentenced at court or from when they leave prison on licence – would face an increased risk of detection. This would help to focus our response on what is a relatively small proportion of dangerous offenders.
Polling by the Centre for Social Justice found that 70 per cent of non-white people would support Serious Violence Reduction Orders.

We will invest £35 million in eighteen Violence Reduction Units next year to enable them to implement a long term, multi-agency, preventative approach – helping to stop violence from happening in the first place.

In parts of the country with violent crime hotspots such as London, Manchester, Hampshire and the Midlands, the police, councils, and other agencies will have the resources they need to better coordinate their response to knife crime – sharing data on violence and investing in preventive measures to intervene early in the right places. This extra funding will give the units the certainty they need to plan for the future – hiring more staff and helping more young people. 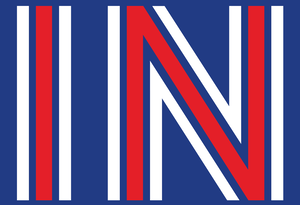